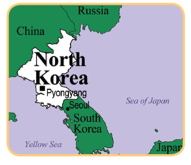 Ri Hyon Ok, aged 33, has been publicly executed for distributing the Bible, and also for charges of spying for South Korea and the United States, according to reports from a South Korean based alliance of human rights groups. 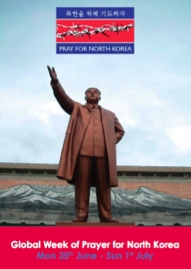 Irish Christians will be joining in the Global Week of Prayer for North Korea next week – beginning on Monday 25th June (the anniversary of the start of the Korean War). CCFC has produced a special Prayer Card (pictured) encouraging prayer under the following headings – North Korean government, Juche ideology, Underground Church, Labour Camps, Refugees from North Korea and Revival.

The Global Week of Prayer is part of a Year of Prayer which has been called by the church in South Korea marking the centenary of the Pyongyang Revival – when a great spiritual revival swept through the city which is now capital of North Korea. 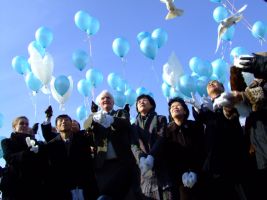 On the centenary day of the Pyongyang (now capital of North Korea) Great Revival, the South Korean Church proclaimed an International Year of Prayer for North Korea in 2007. The announcement was made at the Seoul Olympic Gymnastic Stadium before an audience of 15,000. During the event, balloons were released as a symbol of peace (pictured).