A court hearing on 31 May in Khartoum for two South Sudanese pastors facing the death penalty was adjourned to 1 June, and then until 15 June.

Two pastors from South Sudan, Pastor Yat Michael and Pastor Peter Yein (pictured), have gone on trial in Khartoum facing a number of charges, some of which carry the death penalty.

On Tuesday 19 May, Pastor Michael and Pastor Yein appeared before the Khartoum Bahri Criminal Court in Khartoum. The two pastors from the South Sudan Evangelical Presbyterian Church, are jointly charged under the Sudanese Penal Code with: 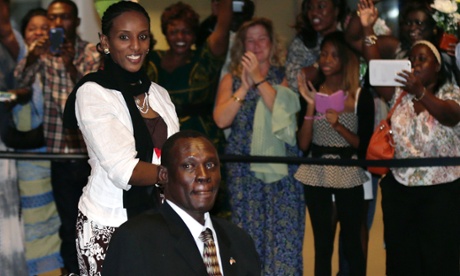 Early this morning (1 August), Meriam Ibrahim, together with her family, arrived in the USA where they plan to settle. The family (Meriam, her husband Daniel, toddler son Martin and baby daughter Maya) had flown from Italy where they had spent a week after being allowed to leave Sudan.

Meriam Ibrahim arrived in Rome this morning with her husband Daniel and their two young children. The family flew out of Sudan on an Italian government jet and were accompanied by the Italian deputy foreign minister, Lapo Pistelli (pictured below). 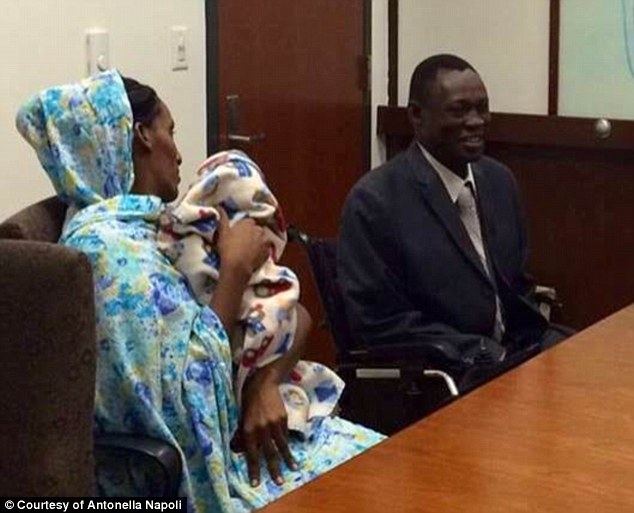 Meriam Ibrahim, her husband and two small children remain in the US embassy in Khartoum as they wait to be allowed to leave the country. The family is sleeping on camp beds which have been erected in the library of the small building and a member of the embassy staff has been designated to care for them.

Yesterday evening (26 June), Meriam Ibrahim arrived at the American Embassy in Khartoum with her husband and two small children after being released on bail from police custody. Under the bail conditions, Meriam and her family are prohibited from leaving Sudan. They were detained at Khartoum International Airport on Tuesday as they sought to leave Sudan.

Earlier today (23 June), Meriam Ibrahim was released from prison in Khartoum, along with her 20-month-old son, Martin, and baby daughter, Maya.

The appeal court reviewing her case quashed the original verdict by which she had been sentenced to death for apostasy and 100 lashes for adultery. Consequently, the appeal court ordered her release, recognised her marriage and declared her innocent of all charges.

On Tuesday 27 May, Meriam Ibrahim gave birth to a baby girl, named Maya, in the hospital wing of a prison in Khartoum. Her husband, Daniel Wani, who visited her revealed that she was kept shackled during the birth: “They kept a chain on her legs. She is very unhappy about that.”

Earlier today, lawyers representing Meriam Ibrahim lodged an appeal against a court decision sentencing her to death for apostasy (leaving Islam) and 100 lashes for adultery (marrying a Christian man). The appeal will have the effect of staying the implementation of the sentences until a judicial decision is made on the appeal.