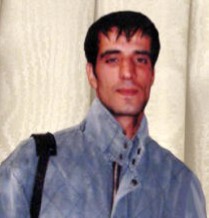 The Uzbek Supreme Court has upheld the conviction of a Tashkent Baptist, Tohar Haydarov (28), who is serving a ten-year sentence in labour camp.

Tohar was sentenced on 9 March 2010 for “illegal sale of narcotic or psychotropic substances in large quantities”. Church members maintain that the allegations were fabricated, as a way to punish Tohar for exercising his freedom of religion or belief, and that there were major discrepancies in the prosecution case including contradictions in the police records and the alleged witnesses’ written statements.

Judge Dilbar Suyunova stated, in an official letter dated 4 February 2011, that she upheld the original sentence: “The Court correctly stated the criminal act of Tohar Haydarov, and the punishment was given in proportion to the act, taking into account the public danger of the act.” Tohar only learned of the letter in July.

People who have visited Tohar say that he holds firm to his faith, and that he longs to be able to attend worship services. Prison authorities have shown Tohar a sack of letters sent to him, but he is not being allowed to read them – the authorities claim this is because there are “too many citations from the Bible in them”. (Forum 18)