There is growing criticism about a “misleading” statement made by the World Evangelical Alliance (WEA) at the conclusion of a visit to China in November. China Aid (a leading advocate of religious liberty) said it felt compelled to respond after Chinese house church leaders and other Christians in the West expressed concern over the glowing report issued by WEA.

The WEA delegation met with senior leaders of the government-approved China Christian Council and the Three-Self Patriotic Movement as well as visiting the Amity Printing Press and the Nanjing Theological Seminary.

The WEA statement included the following positive assessment: ‚ÄúIn their fast-changing situation, the growing church in China is facing the challenge of continuing to grow their own pastoral and leadership training to equip believers to serve their churches and the broader needs of society.‚Äù

As the trip drew to a close, WEA leaders concluded that the ‚ÄúWEA had gained some new perspectives on the church in this complex and huge nation‚Äù. Dr Geoff Tunnicliffe (WEA International Director) summed up the historic weeklong visit: ‚ÄúAs Chinese friends said to us several times, ‚Äòevery journey starts with one small step‚Äô. Our long-term commitment in China is to build on these first small steps for the good of the church worldwide.‚Äù

In its response, China Aid pointed out that the WEA statement contained “no acknowledgement of the existence and current deteriorating condition of the more than 80 million believers in China who have chosen, often with dangerous and uncertain consequences, to worship outside the state-sanctioned religious system.WEA’s issued statement on this visit to China would lead the international community to believe that the Christian church is alive and well and free to worship under the atheist communist system. This oversimplifies a far more complicated situation for Christians living under communist rule in China.”

Church in Chains contacted WEA to express its concerns about the statement: “We acknowledge that China has changed and is continuing to change. We recognise that many Christians (like the ones that you met) are free to worship and have Bibles.But… there are many Christians in China who are not free to worship, do not have Bibles of their own and are not free to organise their own affairs and this situation is not mentioned in your press release… our concern is that you have turned your back on these brothers and sisters.”

China Aid and Church in Chains both challenged the WEA on its perspective on Alimujiang Yimiti – recently sentenced to 15 years in a labour camp.

The WEA did not respond in detail to these concerns but instead reiterated its policy of engagement with the government-approved church leadership in China. 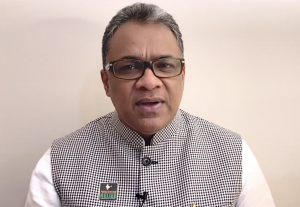