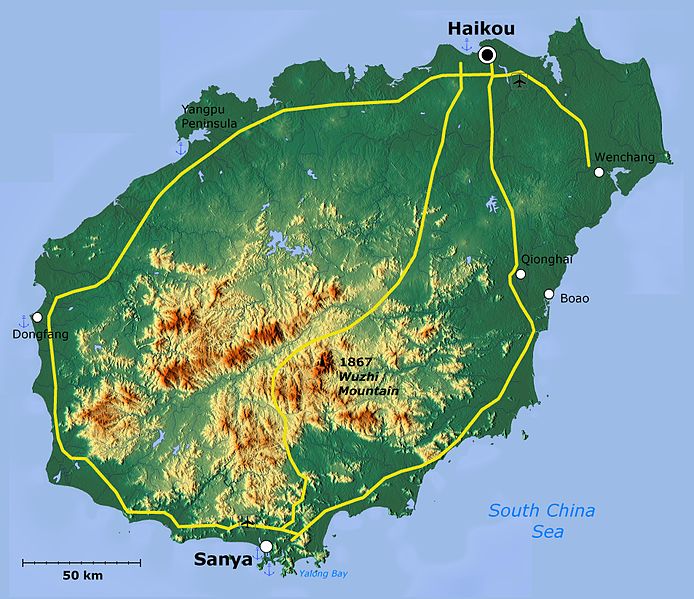 The closure of more than a dozen unregistered churches in Hainan Province is evidence of a plan to do away with house churches, according to China Aid Association. Hainan is an island off China’s south coast.

“Closing a dozen churches in Hainan is an alarming sign that little has changed with Xi Jinping as president,” said Bob Fu, President of China Aid Association (CAA). “The government is carrying out its plans to ‚Äòeradicate’ the independent house church movement, a crackdown that would affect up to 100 million people.” Besides the closures on Hainan Island in recent weeks, officials have threatened to close many other churches.

In the city of Sanya on Hainan Island, on 26 May officials from China’s Religious Affairs Bureau and a neighbourhood committee interrupted the worship service of Sanya Hosanna Church to deliver a document announcing the “voluntary dissolution of irregular and illegal religious meeting sites”. Ordering the congregation to go to registered religious meeting sites, the officials warned that if the Christians gathered the following week, they would “take measures” and “would hold the believers accountable for the consequences,” according to CAA.

The members of the local neighbourhood committee also pressurised the landlord of the church site to stop renting the property to the congregation, and gave them 15 days’ notice to move out. Officials stopped a church pastor from attending a conference in Hong Kong on grounds that “it might jeopardise national security and national interests”.

“A church in Haikou [Hainan’s capital] has also faced the same situation, and seven or eight other churches have been shut down,” the CAA stated. “Some churches in Baoting County have also been shut down.”

In 2012, China’s Communist government adopted a three-phase plan to eradicate unregistered Protestant house churches and force them to join the official Three-Self Patriotic Movement (TSPM) church system. (The number of Protestant house-church Christians has been estimated at between 45 million and 60 million.)

In the first phase, from January 2012 to June 2012, the State Administration for Religious Affairs (SARA) secretly investigated house churches across China and created files on them, CAA’s report says. This was followed by the second phase, a crackdown on house churches that has continued into 2013. This phase entails strongly encouraging unregistered churches to become part of the TSPM, at which point they would become known as “house gatherings,” with the government banning the term “house churches,” according to CAA. In 2012 the authorities stepped up their tactics of banning and sealing churches, pressurising churches to join the TSPM, detaining church leaders and sending them to labour camps on the pretext of “suspicion of organising and using a cult to undermine law enforcement,” and restricting the spread of Christianity among students.

Some house churches have registered with the authorities to avoid arrests and harassment, but most refuse to, for reasons including theological differences, adverse consequences if they reveal names and addresses of church leaders or members, and government control of sermon content.

The third phase is expected to last from 2015 to 2025, when the government will shut down house churches that do not join the TSPM, according to a joint-memo issued in September 2011 by SARA and the ministries of public security and civil affairs.

“China must end this repression if it wants global respect as a rising power,” Bob Fu said in his press statement. “China Aid expresses its shock and concern that the relevant administrative departments of the Hainan government are systematically closing down house churches. Recent reports from many other provinces and regions indicate that the same thing is happening to house churches elsewhere as well, further confirming China Aid’s report last year of the intensification of the Chinese government’s secret ten-year plan to eradicate house churches.”

CAA cites Beijing’s Shouwang Church as an example of closure by the authorities, where officials have pressurised landlords to terminate lease agreements with church members, placed leaders under house arrest and evicted some members from their homes.