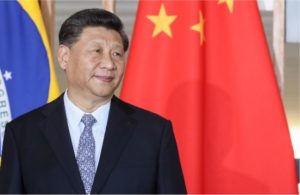 New regulations have come into effect that will further restrict religious practice in China. The Chinese Communist Party (CCP) announced on 30 December 2019 that new “Administrative Measures for Religious Groups” had been approved and would come into force on 1 February 2020.

The new Administrative Measures consist of six chapters and 41 articles concerning the structure, functions, supervision and administration of religious organisations. Local religious affairs departments will serve as the administrative bodies for all religious organisations and will control them through “guidance and supervision”. The measures require complete devotion to the CCP and reinforce President Xi Jinping’s policy of Sinicisation, under which religions must adopt “Chinese characteristics”.

Article 5 of the new Administrative Measures states: “Religious organisations must support the leadership of the Communist Party of China… adhere to the direction of Sinicisation of religions in China, embody the core values ​​of socialism, and maintain national unity, ethnic unity, religious harmony and social stability.”

Article 32 stipulates that “Religious groups should establish a system for learning and organise their staff to learn about the major decisions of the Communist Party of China, national policies and regulations, the glorious traditional Chinese culture, and knowledge about religion.”

There is even an article that covers doctrine – Article 22 states: “Religious organisations should conduct researches on religious cultures and religious classics, carry out the construction of religious ideology, and dig deep into doctrines and canons for useful content for maintaining social harmony, advancing with the times, and being healthy and cultured. They should provide interpretations for doctrines and canons that meet the requirements of the development and progress of modern China, and in accordance with the glorious traditional Chinese culture.”

Under the new Administrative Measures, religious organisations must report to the authorities for approval on a wide range of issues including appointment of personnel; arranging important meetings, activities, training and international communications; receiving overseas donations of religious materials or sums of over 100,000 yuan (approximately equivalent to €13,000); large financial expenditure; and major construction projects.

Any person or organisation deemed to be in violation of the measures will face legal consequences.

The Chinese government has controlled religion for decades through its system of state-controlled religious organisations, although the majority of Christians have chosen to operate outside the system. Under Xi Jinping, however, state control of religion has tightened and punitive action has increased.

The new Administrative Measures reinforce regulations enacted in 2017 and brought into force on 1 February 2018, which aimed to compel religious organisations to join the state-controlled religious organisations, Sinicise those that do and eliminate any that resist. State-sanctioned churches have been instructed to sing patriotic songs, put up portraits of the president, listen to pro-Communist Party sermons, fly the national flag, install surveillance cameras and ban under-18s. Churches that do not comply face closure, arrest of members and destruction of crosses or even church buildings.

One of the most high-profile cases of persecution since February 2018 is that of Early Rain Covenant Church in Chengdu, capital of Sichuan province. A large urban house church, in December 2018 it had over 150 members detained and its premises was shut down. Its pastor, former law professor Pastor Wang Yi (pictured), refused to join the government-sanctioned Three Self Patriotic Movement.

Commenting on the new regulations, Dr Bob Fu (pictured), president and founder of China Aid, stated: “The new rules codify the Chinese Communist Party’s ideological and leadership supremacy over all religious affairs in China. From now on, the Chinese Communist Party will become the head of the churches, temples, mosques, and other religious institutions. They will dominate every sphere of religion, from religious doctrines, leadership selection, financial management, and foreign exchanges. There will be little autonomy and independence left for any religious organisations in China. No independent religious institutions, such as house churches, will be legally allowed or tolerated or allowed to exist unless they join the state-run church organisations.”

Read more about the persecution of Christians in the China Country Profile.