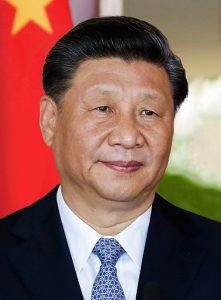 Pastors of churches registered with the Three-Self Patriotic Movement (TSPM, the government-controlled Protestant church organisation) have been ordered to preach sermons based on President Xi Jinping’s recent speech marking the centenary of the Chinese Communist Party (CCP).

In the president’s speech, delivered on 1 July, he eulogised the party’s achievements and stated: “Only socialism can save China, and only socialism with Chinese characteristics can develop China. We will never allow anyone to bully, oppress or subjugate China. Anyone who dares try to do that will have their heads bashed bloody against the Great Wall of Steel forged by over 1.4 billion Chinese people.“

Officials issued the order to pastors at a national conference of the TSPM and the China Christian Council (which oversees education in TSPM churches) on 8 July led by Xu Xiaohong, chairman of the TSPM, and Wu Wei, chairman of the China Christian Council. Both officials are state-appointed and both groups are overseen by the United Front Work Department of the CCP. The theme of the conference was “Learning and Implementing the Spirit of General Secretary Xi Jinping’s Speech of July 1”.

At the conference, pastors were told that they are expected to make President Xi’s speech a main object of study and preaching and a matter of discussion for Bible study groups. Failure to do so would demonstrate that their churches are not fully “Sinicised” (i.e. not fully Chinese in character and not in line with the core values of the CCP), which is necessary for churches to be allowed to operate. 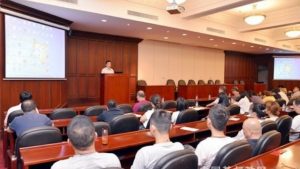