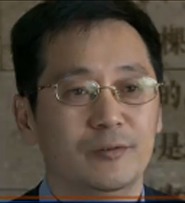 By Sunday evening, most of the Shouwang Church detainees had been released but church leaders were worried about a number who remained in detention and could be facing harsher punishment because they were among the 169 whom police rounded up last Sunday, 10 April, making them “repeat offenders.”

Pastor Zhang Xiaofeng and a lay leader were also in police detention, having been taken from their homes where they had been under informal house arrest for almost 10 days.
As happened on the previous Sunday, all of Shouwang’s other pastors and lay leaders were restricted to their homes under informal house arrest. The smaller number of detainees this week probably reflected a smaller turnout at the designated outdoor worship site in the Zhongguancun area of western Beijing’s Haidian district, where hundreds had attempted to congregate last Sunday.

In the intervening week, many Shouwang church members had lost their homes through eviction by landlords who were pressured by the authorities not to rent to them or had lost their jobs because of their participation in the outdoor worship. The longest-held of last week’s detainees, Pastor Li, was told by an official of the Domestic Security Bureau when he was released that Shouwang Church must not, under any circumstances, attempt to meet outdoors again on 17 April, and that the church’s governing committee had to be dissolved and a committee made up of new members formed.

However, Pastor Jin in a Saturday prayer letter to church members in which he relayed the government’s orders also exhorted his congregation to “step out …whatever the cost.” Those who did so found that the security personnel who were waiting for them at the designated meeting site had left open a path to the center of the plaza. A number of the Shouwang Christians gained access to the plaza and started to sing hymns, and they were immediately set upon by the security personnel who took them away.

Shouwang Church, which has 1,000 members, made the controversial decision to meet outdoors after being evicted from its latest indoor meeting place, leased premises in a restaurant. The church in November 2009 had met outdoors twice, once in the midst of an early winter snowstorm, when it was unable to take possession of one floor of a building it had purchased for more than €2.7 million because the seller, under pressure from the government, refused to hand over the keys. In the face of that continued stalemate and unable to find an alternative meeting site large enough for its growing congregation, Shouwang leaders decided that meeting outdoors was the only option.
Their move has garnered the support of other large house churches in the capital, which further heightens the stakes in this church-state standoff. On Friday, at least 14 other large house churches in Beijing, all members of the Beijing Ministerial Prayer Fellowship, issued a statement saying they are holding a weekly prayer vigil for Shouwang.

The United States Commission on International Religious Freedom (USCIRF) has urged the Chinese government to allow all Easter services to proceed without harassment or detentions, including planned public worship by Beijing’s Shouwang Church.