On 2 January Islamic authorities, aided by police, raided offices of the Bible Society of Malaysia (BSM) in Damansara Kim, Selangor state, near Kuala Lumpur, without a search warrant and seized 330 Bibles. “We were told that we were under investigation for breaking a Selangor state law banning non-Muslims from using the word Allah,” said BSM President Lee Min Choon. The seized Bibles use the word Allah to refer to God.

The Islamic authorities were from the Selangor Islamic Affairs Department (JAIS). They did not provide reasons for the raid and have produced no evidence that the BSM violated any law. JAIS was purportedly acting under the Selangor Non-Islamic Religions (Control of Propagation Among Muslims) Enactment of 1988, which prohibits non-Muslims from using more than 40 religious terms, including Allah, an Arabic word that also serves as the Malay word for God. Christians have used the word to refer to God for centuries.

JAIS is a state religious agency under the purview of the Selangor Islamic Religious Council (MAIS), which was established to aid and advise the sultan, who is the head of Islam within the state, on Islamic matters. Both MAIS and JAIS have no jurisdiction over non-Muslims. 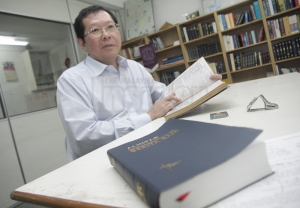 During the raid, JAIS confiscated 330 Bibles – 320 copies of the Malay Bible and ten copies in Iban, an indigenous language. JAIS also detained BSM President Lee Min Choon (pictured) and office manager Sinclair Wong for questioning at the nearby Damansara police station. Both were released on bail after two hours without charge, but police instructed them to present themselves for further questioning by JAIS on 10 January, which they duly did. Lee Min Choon said that no one at the meeting forbade them continuing to import and distribute Bibles, and that officers only asked about their origin and distribution.

The raid came in the wake of a statement made by Rev Lawrence Andrew, editor of Roman Catholic newspaper The Herald, to The Malaysian Insider on 27 December saying that Roman Catholic churches would continue to use the word Allah in Malay-language worship services despite the Sultan of Selangor’s recent decree banning non-Muslims in the state from doing so.

Sunni Islam is the official religion in Malaysia, whose population is 63 percent Muslim. Christians make up 9.4 percent of the population.

The controversy over the use of the name Allah for the Christian God in the media and books, including the Bible, in Bahasa Malay (the official language in Malaysia) broke out in 2008, when the Home Ministry threatened to revoke The Herald‘s licence to publish if it continued to use the word Allah to refer to the Christian God. It had used the word for 14 years. In response, leaders of the Roman Catholic Church sued the government for violating rights enshrined in the constitution.

The ruling angered many Muslims, who consider the word exclusive to Islam, and sparked a wave of violence. Three churches in Kuala Lumpur were firebombed in a series of arson attacks and vandalism at places of worship that included eleven churches, a Sikh temple, three mosques and two Muslim prayer rooms. In an attempt to appease the extremists, the Malaysian government decided to appeal the High Court ruling and the High Court suspended the decision’s implementation until the appeal was heard.

In Oct 2013 the appeals court ruled that non-Muslims could not use the word Allah, saying that the word must be exclusive to Islam. “The usage of the word Allah is not an integral part of the faith in Christianity,” said Chief Judge Apandi Mohamed Ali. “The usage of the word will cause confusion in the community.” Outside the court, Muslim activists waved placards and chanted that only Muslims should use the name.

Malaysia’s Federal Government issued a “ten-point solution” in April 2011, in which the government assured Christians in East Malaysia that they were free to print and import Malay-language Bibles for their Christian practice. The solution also allowed Malay-language Bibles to be printed or brought into West Malaysia so long as they bear the symbol of the cross and the words, “Christian publication” on the front cover.

The National Unity Consultative Council (NUCC), tasked by the government to come up with a blueprint for national unity, described this month’s raid as a “blatant disregard of the ten-point solution made by the Federal Government on April 2, 2011 and reiterated by the Prime Minister in October 2013“.

“When the ten-point solution was first announced, the Christian Federation of Malaysia had commented that it was an ad-hoc, temporary solution arising from the impounding of Bibles and does not address the root cause of the problem,” Ng Kam Weng, research director of the Kairos centre, a Christian research institute in Malaysia, told Morning Star News. “What is needed is to set aside the original administrative order banning use of the word Allah. The final resolution must come from the legal process.” 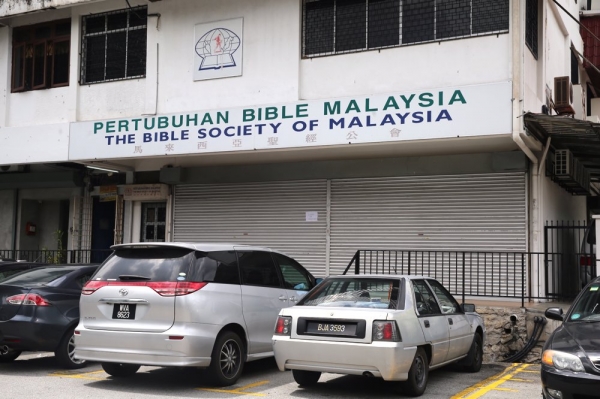 BSM issued a press statement condemning the raid and saying, “JAIS, whose legal powers are limited to policing Muslims, are now exercising powers over non-Muslims.”

Human rights lawyer Andrew Khoo reportedly said, “JAIS has gone overboard by seizing the Malay-language Bibles from BSM, as the body was clearly set up to publish and distribute Bibles to Christians.”

Ng Kam Weng of the Kairos Research Centre called the raid “a flagrant violation of religious liberty” and stated that, in order to justify the raid, JAIS must produce evidence that the BSM had violated the Enactment in propagating another faith to Muslims – something that JAIS has failed to do.

The Christian Federation of Malaysia, which represents the majority of Christians in the country, described JAIS’s actions in a press statement as “clear violations of our constitutionally-mandated right to freedom of religion” and “an authoritarian abuse of power and an act of harassment against Christians in Malaysia“. CFM chairman Rev Eu Hong Seng said, “To allow one religion to monitor and regulate how another religion is to be practiced is a distasteful recipe for disaster.“

The National Evangelical Christian Fellowship, in a letter to church leaders on 3 January, argued that the ban against non-Muslims using the word Allah under the Enactment is “only within the context of the propagation of religion and does not affect our rights to profess and to manage our own affairs, including to worship and read the Alkitab [the Malay Bible] in churches, homes and any place of Christian meetings“.

The Christian community is eagerly awaiting the outcome of a hearing on 24 February at the Federal Court, which will decide whether to allow an appeal by The Herald to be allowed to use the word Allah in the Malay-language section of its publication.