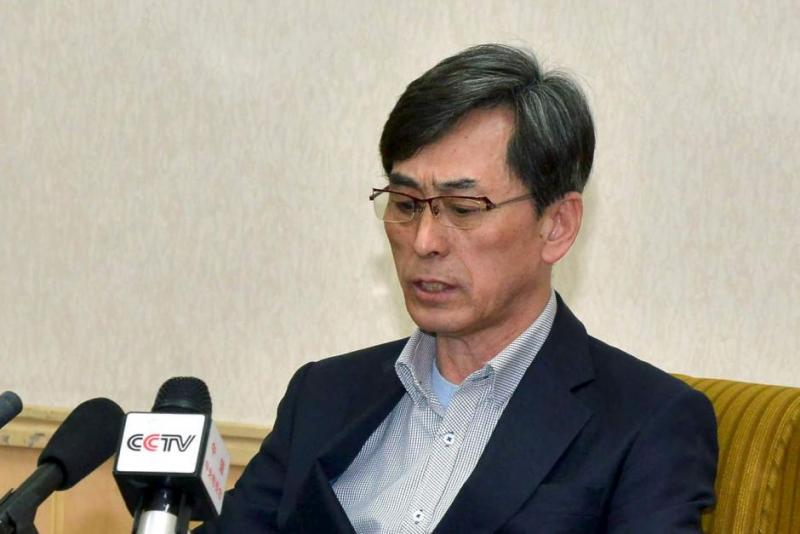 A Presbyterian pastor is one of two South Koreans recently detained in North Korea on charges of spying. They have been sentenced to life imprisonment in labour camp, the South Korean Ministry of Unification said on 30 June.

On 26 March, North Korea’s state news agency KCNA announced the arrests of Kim Kuk-gi (61, pictured, a Presbyterian pastor and former missionary) and Choe Chun-gil (56, a businessman). KCNA described the two men as “heinous terrorists” who operated from a base in the Chinese port city of Dandong, near the border with North Korea, and alleged that they were spying for South Korea’s National Intelligence Service (NIS) and had brought in large quantities of forged currency. Kim Kuk-gi was also accused of spreading religious propaganda from an underground church he ran in Dandong.

The KCNA said, “They zealously took part in an anti-DPRK smear campaign” and alleged that their activities were organised by US intelligence and the South Korean NIS.

The NIS said the charge that the two men were working for the agency was “absolutely groundless“. Lim Byeong-cheol, a spokesman at South Korea’s Unification Ministry, also denied the men were engaged in espionage, adding, “We strongly demand North Korea to quickly release our citizens Kim Kuk-gi and Choe Chun-gil and repatriate them without hesitation.“

Ministry officials could not explain how the two men ended up in North Korea, and it is not clear exactly when or where they were arrested, although it is thought to have been late last year.

Following the KCNA announcement, the Seoul-based General Assembly of Presbyterian Churches in Korea identified Kim Kuk-gi as one of their registered pastors and demanded that he be released. It stated, “Kim Kuk-gi was sent as a missionary… to Dandong in China in 2003, and since then, he has been operating a shelter for refugees, and has been taking care of refugees, Kotjebi (North Korean homeless children) and Korean immigrants living in China.” A representative of the Assembly said, “He was carrying out missionary works for North Korean defectors in Dandong. He bought noodle and tofu-making machines to send to the North, as well as sewing machines.“

In May, the North Korean authorities presented the two men at a press conference in Pyongyang attended by journalists and foreign diplomats. With government minders present, the two men “confessed” that they had been paid large sums of money over several years to steal state secrets for South Korea.

Kim Kuk-gi and Choe Chun-gil are among four South Koreans detained in North Korea. The others are missionary Kim Jong-uk (50) and student Joo Won-moon (21). 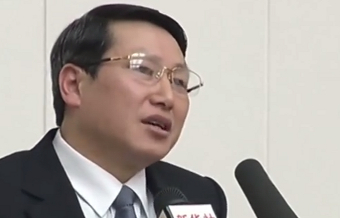 In October 2013, South Korean Baptist missionary Kim Jong-uk (pictured) was arrested after entering North Korea with religious materials. He had worked in Dandong for seven years providing shelter, food and other aid to North Korean refugees and teaching them from the Bible. North Korean agents infiltrated his network and convinced him to go into North Korea to find out what had happened to some refugees with whom he had lost touch. He went in on 8 October and was immediately arrested and interrogated. He was charged with attempting to overthrow the regime and spying for South Korea.

In February 2014, Kim Jong-uk appeared before North Korean media to read a statement apologising for “anti-state crimes“. He said he had spied for the South Korean government, acting under directions from South Korea’s NIS, and that he had set up an underground church in Dandong to collect information on life in North Korea. He said he had given money to North Koreans to set up 500 underground churches and to attempt to overthrow the North Korean regime, and stated, “I was thinking of turning North Korea into a religious country, and destroying its present government and political system.”

In May 2014 Kim Jong-uk was sentenced to life in labour camp. After the trial, the KCNA reported that prosecutors had sought the death penalty but the court imposed the life sentence after the pastor had “sincerely repented“.

The fourth South Korean detainee, Joo Won-moon, a student at New York University, had lived in the US since 2001. He was arrested on 22 April 2015 when he entered North Korea illegally via the Yalu River. He told CNN at a press conference in Pyongyang, “I wanted to be arrested… I thought that by my entrance to the DPRK, illegally I acknowledge, I thought that some great event could happen and hopefully that event could have a good effect on the relations between the north and [South Korea].”