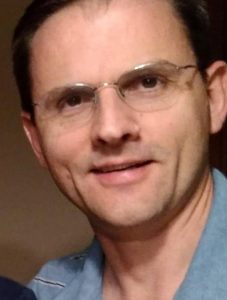 The day after US pastor Andrew Brunson was released, Turkish authorities detained another expatriate Christian worker, held him overnight and issued him with a deportation order.

David Byle, a joint US/Canadian citizen, was arrested after a routine ID check at Ankara railway station on Saturday 13 October and taken to the Anti-Terror Police Department for interrogation. He was released on Sunday afternoon but given fifteen days to leave the country.

David has worked in Christian ministry in Turkey for eighteen years, and he and his German wife Ulrike have raised their five children, aged 12 to 19, in the country. He has been advised to contest the latest deportation order legally, but also to leave within fifteen days as directed by the order.

Over the years, David has faced several deportation attempts due to his evangelistic work.

2007 David was first arrested, while conducting street evangelism in Istanbul, and was detained for three days. The police report accused him of “missionary activity, disturbing the peace and insulting Islam.” However, since missionary activity is legal in Turkey and the literature he distributed did not slander Islam, a court dropped the charges. 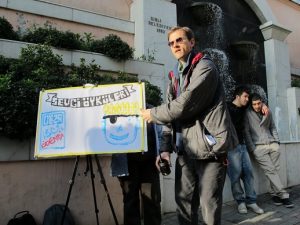 2009 David was detained again while conducting evangelism in Istanbul and held briefly. Four months later, without warning, he was arrested late at night at his home for immediate deportation, but his lawyer blocked the deportation order until the court ruled on the case.

April 2011 The court ruled that David had not committed any crime and that his religious activities were in accordance with the stated purpose and constitution of his legally-registered Association for the Propagation of the Bible, formerly known as the Bible Correspondence Course. The court stated that the Interior Ministry had ordered David’s forced removal in violation of the law, and it cancelled his deportation order. Over the next two years, however, the Turkish authorities refused to renew his residence visa.

December 2013 David returned to the US and applied for a three-month tourist visa through a Turkish Consulate.

January 2014 He returned to Turkey and reapplied for his residence visa, but received no response.

April 2016 David was summoned to the Istanbul immigration authorities and informed that the Interior Ministry had denied his visa request. He was taken into custody and detained for eight days, but again his lawyer intervened to stop his deportation and he was allowed to remain in the country awaiting the court’s decision.

February 2017 Turkey’s Constitutional Court ruled to temporarily block the deportation order until specific “information and documents” had been secured as evidence that David was a director, member or supporter of “terrorist organisations” or was otherwise a threat to public order and security.

13 October 2018 David was arrested, taken to the Anti-Terror Police Department for interrogation and held overnight. He was given fifteen days to leave the country.

David and his family have been deeply touched by the support of friends and colleagues, writing that they “have been overwhelmed by the outpouring of love and support, not only from believers here in Turkey, but from literally all around the world. It means a lot to us and encourages us greatly to know we’re not alone, that we’re a part of such a great family, God’s family.”

David and his family request prayer as they consider the next steps. Middle East Concern suggests supporters pray that:

a. David and his family will continue to be strengthened and encouraged during this ordeal.
b. David will have the wisdom and guidance to know how to proceed, including in discussions with his co-workers.
c. God will comfort the Christian community in Turkey, especially since this comes immediately after Andrew Brunson’s detention and eventual release.
d. The Turkish state will stop its victimisation of expatriate Christian workers.