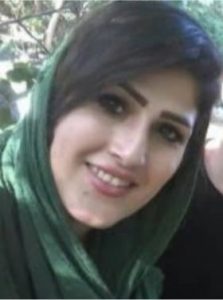 Iranian Christian convert Fatemeh Bakhteri presented herself at Tehran’s Evin prison on 31 August to begin serving her one-year prison sentence for “spreading propaganda against the regime”.

Fatemeh (37) was arrested in a raid on a house church meeting in her home in Rasht, northern Iran, in May 2017. She was sentenced in September 2018, lost her appeal in January 2019 and spent months waiting for a summons to prison.

Another convert from Islam, Saheb Fadaie, was arrested at the same house church meeting and is also in Evin prison, along with three other members of their Rasht church, including Pastor Youcef Nadarkhani.

Fatemeh’s sentence includes a two-year ban on all social activities involving more than two people, following her release. In July, Article 18 reported that for Fatemeh the prospect of a jail sentence is not as hard as the ban on social activities, which will effectively cut her off from meeting with other Christians.

In a recently-published report, the UN’s Special Rapporteur on Human Rights in Iran, Javaid Rehman, pointed out the failure to uphold freedom of religion or belief. He  recommended that the government “Refrain from targeting members of recognised and non-recognised religious minorities with national security-related charges and end the criminalisation of the peaceful expression of faith.”