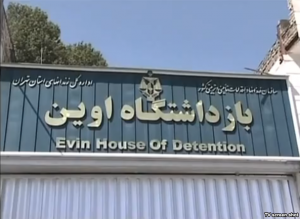 Details have emerged of the harsh treatment of four Christian converts sentenced in October to a combined 35 years in prison.

Mehdi Akbari, Fatemeh Sharifi and Simin Soheilinia were each sentenced to ten years in prison and Mehdi Roohparvar to five, all on the same charge of “acting against national security by forming a house-church”. Mehdi and Mehdi are both being held in Tehran’s Evin Prison, while Fatemeh and Simin have been released on bail.

A report on Persian-language website Human Rights in Iran has provided details of their experiences, which have included severe treatment by interrogators, weeks in solitary confinement and obscene insults from notorious judge Mohammad Moghiseh, who has been nicknamed the “Judge of Death” for his harsh treatment of prisoners of conscience.

The four Christians were arrested during coordinated raids on their homes by intelligence agents on 28 January 2019 in the Ariashahr area of Tehran. They were all transferred to Ward 2A of Evin Prison, where they were placed in solitary confinement and harshly interrogated for thirty days. They were released on bail on 18 March 2019, pending the outcome of their trial.

The Christians were tried on 16 June 2020 at Branch 28 of the Revolutionary Court in Tehran on charges of “acting against national security” and “forming an illegal evangelical Christian group” under Article 498 of the Islamic Penal Code, relating to organisation of groups “hostile to the regime”. They were also reportedly accused of “widespread association with missionary groups, as well as evangelical Christian groups outside the country – in Russia, Georgia, Turkey and Armenia”.

Judge Moghiseh reportedly spoke obscenely to the Christians and would not listen to their defence. He greatly increased their bail and reportedly told them, “Your actions are worthy of death! Who set this low bail amount for you, so you could be free to roam about on the streets?”

The two women were freed on bail but the men were transferred to Ward 4 of Evin Prison, where they were informed of their sentences on 17 October.

Human Rights in Iran said its source reported that the case has been referred to the Tehran Provincial Court of Appeals.