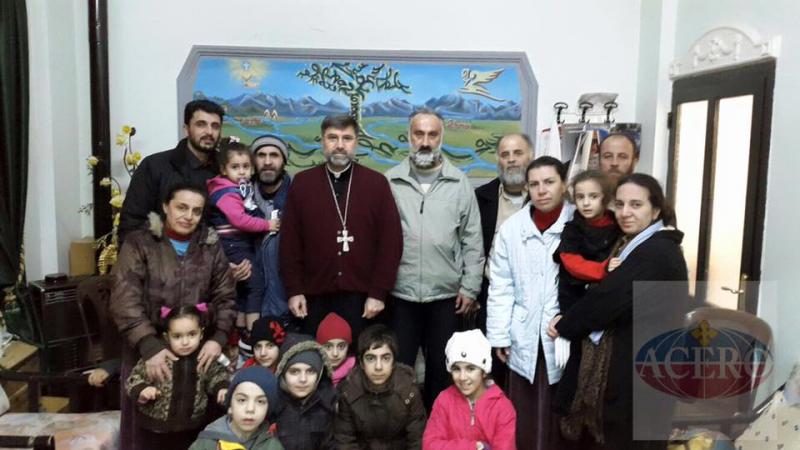 Yesterday (14 January), a further group of Assyrian Christian hostages was released by Islamic State militants who had been holding them captive since February 2015.

In a statement, ACERO said, “ACERO continues to play a leading role in supporting the released hostages and their families through the generosity of our supporters and partner organisations. We need your support to continue the relief effort for the liberated.”

The hostages were released after intensive negotiations between Assyrian figures, including Archbishop Afram Ithnael, and Islamic State leaders in northeastern Syria. The negotiations were reportedly facilitated by Arab tribal mediators.

This is the fourth group of Assyrian hostages to be released by Islamic State militants in the past two months – including a group of 25 on Christmas Day.

It is thought that 89 Assyrians from the Hassaka group remain in captivity. A total of 253 Christians were abducted on 23 February 2015 when Islamic State attacked 35 Assyrian villages along the Khabur River in Hassaka province, northeast Syria. During the attacks, 3,000 other Assyrians were driven from their villages; most have not returned.

Each group release has followed extensive negotiations led by church leaders working with local negotiators. There has been no public mention of ransom being paid but it is known that the terrorists originally demanded $100,000 per hostage, totalling $23 million, but when it became clear that the Assyrian community could not afford this, their demands were lowered to between $12 million and $14 million.