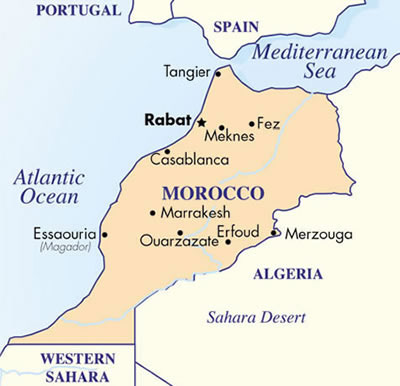 The Supreme Ulema Council in Morocco has published a controversial fatwa calling for the death penalty for Muslims who leave Islam. Christians are concerned that the edict, if approved, will be used to harass the church.

A body of Islamic scholars headed by King Mohammed VI, the Supreme Ulema Council is the only institution entitled to issue fatwas in Morocco. In mid-April it published the fatwa in the Arabic-language daily newspaper Akhbar al-Youm, declaring that Muslims who renounce their faith “should be condemned to death”. The fatwa was drafted in April 2012, but it was not published at the time.

A senior human rights official in the Moroccan government has denied that the government received a fatwa on apostasy. Mahjoub El Hiba made a statement denying having requested any such fatwa from the Supreme Ulema Council, as Akhbar al-Youm had claimed, saying: “What was published in the document attributed to the CSO [the Supreme Ulema Council] does not concern our government and commits us to nothing… I am not authorised to request advice or fatwas from the CSO.”

Media reports of the fatwa have provoked strong reactions in Morocco from rights activists and religious minorities, including Christians. “There’s a lot of confusion and discussion in Morocco right now about the fatwa,” said a pastor near Marrakesh who asked to remain anonymous for security reasons. “We fear that if the fatwa is approved, the government will use it to harass us and even arrest us during our meetings and the fundamentalists will have an excuse to harm us.”

Crackdown on Christians in 2010

A severe crackdown on Christians was launched in 2010. Its first major sign was a large-scale raid on a home group in February 2010, when 18 people were arrested (including children) and property was confiscated. Many other Moroccan Christians were taken in for police interrogation in the following months, and between March and July 2010, 128 foreign Christians (many of them aid workers) were deported on charges of proselytising.

A Moroccan Christian, Jamaa Ait Bakrim, remains in prison serving a 15-year sentence for allegedly sharing his Christian faith with a Muslim. He was arrested in 2005.