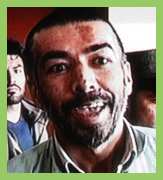 U.N. spokesman in Kabul, Adrian Edwards, said that the U.N. was working with the Afghan government to help Abdul and he expected asylum would “be provided by one of the countries interested in a peaceful solution to this case.”

“There are great scholars, school teachers, governors, scientists and from all walks of life that have become Christians in Afghanistan but they can not open their mouths because they or their family members will be killed.” (BBC, CBS, Afghan Times)