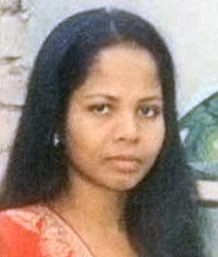 On 17 March, the High Court in Lahore postponed the appeal hearing of Asia Bibi against her conviction for blasphemy, due to the absence of one of the two judges listed to hear the appeal.

Naeem Shakir, the main lawyer representing Asia, stated: “according to existing procedures, in cases of appeal against a death sentence, there is a panel of judges composed of two judges. If one is missing, one cannot proceed”. In the coming days, the lawyer expects to be informed of the new date of the hearing, which he hopes will be “by the end of March”. Mr Shakir is convinced, however, “of having a good chance for a full acquittal”.

Commenting on the case, Fr James Channan, Director of the Peace Center in Lahore, who has been involved in interfaith dialogue for over 30 years, said: “If judges apply the principles of justice and act without bias, Asia Bibi will be declared innocent and released. We cherish hopes because, in the past, when blasphemy cases reached the High Court, justice was carried out and the accused were acquitted, stating that it was a false or instrumental accusation.

“The courts of first instance are more inclined to bow to pressure from fundamentalists. But when these cases reach the High Court often these methods do not work, and this is a good thing. Unfortunately in the past honest judges paid with their lives. We want a fair and transparent trial.”

However, Fr Channan expressed concerns about the current situation in Pakistan: “Terrorism continues to keep in check the country. Attacks are carried out and the government is under pressure due to radical Islamic groups and the Taliban. The government seems weak compared to these groups and the people are confused. We do not know how this situation will affect the case of Asia Bibi.”

Yesterday’s scheduling of the appeal hearing was made known only at short notice. The Centre for Legal Aid, Assistance and Settlement (CLAAS) – a group that provides legal assistance to members of minorities in Pakistan and also to Asia Bibi – confirmed the appeal and asked the worldwide church for prayer.

Speaking before the scheduled appeal, Nasir Saeed, from the British section of CLAAS, said that it is “not going to be easy” for the judges as it is a very high profile case and the whole world will be watching. He added: “I pray that God will fill the hearts of the judges with boldness and courage and not allow fear to rule. I also hope that they follow the international norms and keep only justice in the forefront when reaching a decision.”

The postponement of the appeal was the second in two months: a previous hearing on 14 February was postponed at short notice with no reason given. (Agenzia Fides/Asia News)

Asia Bibi (48) is a Christian farm labourer from the Punjab village of Ittanwali in northeast Pakistan, 75km from Lahore. On 14 June 2009, she was working in the fields with a group of Muslim women. One of the women asked Asia to fetch water and she did so, but the other women said that it should not be drunk as it had been brought by “an untouchable” and was therefore unclean. A heated argument arose, and one of the women reported to the local imam (mosque leader) that Asia had said: “Jesus Christ died on the cross for me – what did Mohammed ever do for you?”

The imam filed a case with the police under Pakistan’s blasphemy laws. After Asia was beaten by some local men in front of her children, the police came and took Asia into custody for protection. A mob demonstrated outside the court during Asia’s hearing on 8 Nov 2010 and the judge, bowing to extremist pressure, handed down the death sentence. Asia is the first woman to be sentenced to death under the blasphemy laws. She has appealed against the verdict.