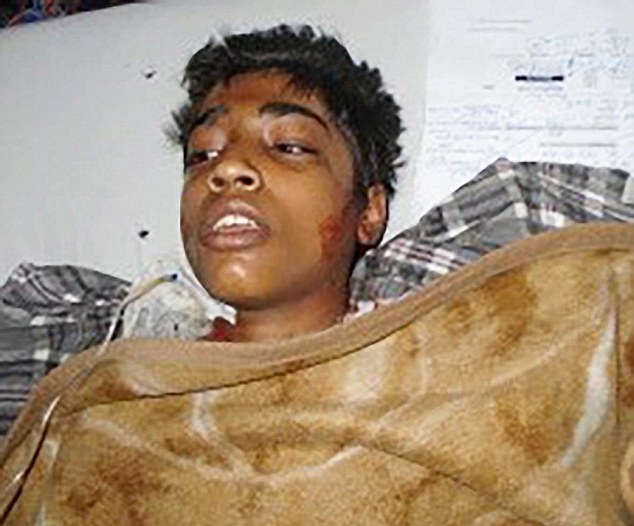 Nauman Masih (13) died on 15 April in a Lahore hospital, after Muslim extremists doused him with petrol and set him alight.

Nauman Masih was a Christian boy from the Shera Kot district of Lahore in Punjab Province. A tailor’s apprentice, he had gone to market on 10 April 2015 to buy materials for the tailoring business when he was stopped by two young motorbike riders on their way to Friday prayers at the local mosque. They asked about his religion and Nauman told them he was a Christian (Masihi). The youths beat him and, as he tried to flee, poured petrol on him and set him on fire.

Nauman ran – still on fire – until he reached a mound of sand, which he rolled around in. Some members of the local community helped him to put out his burning clothes by pouring more sand on top of him. Nauman was so badly burned that he fell unconscious. People in the market contacted his uncle, Nadeem Masih, who rushed to the scene and took Nauman to Meo Hospital at about 2.00 pm.

Nauman lived with his uncle and aunt as his father, Rafaqat Masih, died from kidney failure about three years ago and his mother, Sazia Bibi, left the family to marry a Muslim. Nadeem Masih said Nauman had not been attending school, but that he and his wife had sent him to a tailor, Munir Masih, to learn tailoring skills and become independent. Munir Masih often sent Nauman out to buy materials.

When Joseph Francis, Director of the Centre for Legal Aid, Assistance and Settlement (CLAAS), heard news of the attack he rushed to Meo Hospital with his team. (CLAAS is a charity dedicated to helping persecuted Christians in Pakistan.) There the team met Dr Shoaib, who had treated Nauman in the Emergency Room. He said that Nauman had suffered burns to 55% of his body.

The Superintendent of Police arrived at the hospital and was able to record a statement as Nauman had regained consciousness. A First Information Report was registered in the police station. Police officers including the Station House Officer and Investigation Officer assured the CLAAS Team that they would carry out a fair investigation, and that they would ask them for guidance and help during the police investigation. However, as the attackers were masked there is little likelihood of their being found.

Many people gathered in solidarity at the hospital, including members of other NGOs, religious leaders (including Archbishop Sebastian Shaw and Nauman’s local priest Fr Samson Delawar) and politicians.

At about 11pm that evening, Nauman was moved to a general ward. On 15 April he was taken for plastic surgery, after which doctors said he had a 50% chance of survival. He died at 2.00pm. Later that day, 2,000 people attended his funeral.

Wilson Chowdry, Chairman of the British Pakistani Christian Association, said that Nauman had spoken of forgiveness for his attackers. “He dies a martyr,” he said.