Pastor Lawan Andimi was executed by Boko Haram terrorists on the afternoon of 20 January. The news was broken the following day by Ahmad Salkida, a Muslim journalist who has been a primary means for Boko Haram to release information, who stated that Pastor Andimi had been beheaded. Pastor Andimi is mourned by his wife and nine children.

Mr Salkida tweeted, “To break some news items can traumatise. I’m battling with one of such. Reverend Andimi, abducted by #BokoHaram was executed yesterday. Rev Andimi was a church leader, a father to his children and the community he served. My condolences go to his family.”

Pastor Andimi, who was district chairman of the Church of the Brethren in Nigeria (EYN) in Michika County, in northeast Nigeria’s Adamawa state, and also chairman of the local chapter of the Christian Association of Nigeria (CAN), was kidnapped on 2 January when Boko Haram attacked two Christian communities in the area. One CAN leader, Bishop Dami Mamza, told reporters ransom negotiations had been in process with the terrorists, but ultimately broke down. “They demanded 800 million Nigerian Naira (about €2 million). We couldn’t afford that kind of money here. But that was not what led to his execution. I think they already had intentions to execute him. That was the plan, and nothing would have stopped that. They called his wife last week, informing her that they will be beheading him on Saturday, but somehow, they waited till Monday,” he said.

In a “proof of life” video released by the terrorists on 5 January, the pastor called on church leaders to speak out for him and urge the Governor of Adamawa State, Ahmadu Fintiri, to intervene to secure his release. His calm demeanour on the video and his expression of faith in God inspired many who saw it. In the video, he said that he hoped to be reunited with his wife, children and colleagues. “If the opportunity has not been granted, maybe it is the will of God,” he said. “I want all people close and far, colleagues, to be patient. Don’t cry, don’t worry, but thank God for everything.” 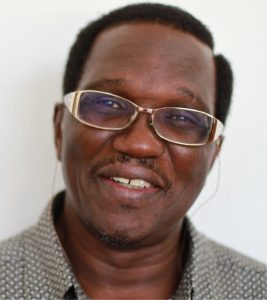 Gideon Para-Mallam (pictured), the Jos-based Africa ambassador for the International Fellowship of Evangelical Students (IFES), commented, “This is completely different from most hostage videos. He appeared as one who has already conquered death, saying to his abductors and the rest of us that he is ready to die for his faith in Christ.”

Speaking after the pastor’s death was announced, Gideon said, “Rev Andimi died a martyr and therefore no doubt a Christian hero. The blood of martyrs is the seed which waters and grows the gospel of peace as good news to a broken and hurting world which Jesus Christ called us to proclaim. Rev Andimi’s blood will water the spread of the gospel in the North East, Nigeria, and other parts of the world. No doubt about this.”

CAN’s director of legal and public affairs, Kwamkur Vondip, stated that the church did “everything within her reach to secure the safe release of this pastor gentleman but it was not possible because they didn’t have the military power to do so”.

The statement continued, “The church views the unabated kidnappings, extortions and killings of Christians and innocent Nigerians as shameful to the government that each time boasts that it has conquered insurgency… in the light of the current developments and the circumstantial facts surrounding the prevailing upsurge of attacks against the church, it will be difficult for us to believe that the federal government under President Muhammadu Buhari is not colluding with the insurgents to exterminate Christians in Nigeria, bearing in mind the very questionable leadership of the security sector that has been skewed towards a religion and region!

“Since the government and its apologists are claiming the killings have no religious undertones, why are the terrorists and herdsmen targeting the predominantly Christian communities and Christian leaders?” 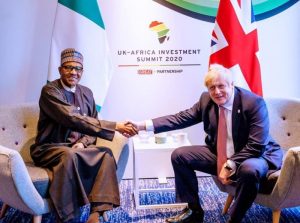 President Mohammadu Buhari, on a trade visit to London, condemned the killing of Pastor Andimi. His spokesman said the president described it as “cruel, inhuman and deliberately provocative”. The president assured Nigerians that “terrorists will continue to pay a heavy price for their actions and would comprehensively be defeated by our determined armed forces. President Buhari consoles the Christian community all over Nigeria, the government and people of Adamawa state and the Bishop’s family over the sad loss of the man of God.”

Anglican Archbishop of Jos the Most Rev Benjamin Kwashi said “Nigeria has become the largest killing ground for Christians in the world today.” In his new book Neither Bomb Nor Bullet, he asks the worldwide church to pray for Nigeria writing: “Please pray for Nigeria. Pray that God would bring some help to the suffering communities, particularly in the north-east… they have been devastated. They are poor, and there is hunger in the land.

“Pray, please, for Nigeria’s government, to take up the responsibility of executing justice for all, protecting lives and the property of everybody, without favour or selection.

According to Open Doors, during the period from November 2018 to October 2019, Nigeria led the world in Christian martyrdoms, with 1,350 confirmed, and in Christian abductions, with 224 confirmed.

Church in Chains has written  a letter to the Nigerian Ambassador to Ireland, Dr Elizabeth Uzoma Emenike, appealing to the Nigerian government to “to acknowledge the reality of the persecution of Christians in the north and Middle Belt of Nigeria by terrorists and Fulani militants and to take strong, effective action to end it.”