Five more of the kidnapped Bethel Baptist High School students were released on 8 October, along with the school matron. They were among around 140 students kidnapped at gunpoint by suspected Fulani militants who raided their boarding school in Kaduna state on 5 July.

Bethel Baptist High School has 180 students, of whom around 165 are boarders, and it is believed that most of the boarders were abducted but that around 25 escaped on the night of the raid, while the rest were taken away into the bush. Most of the kidnapped students have been released in batches, beginning on 25 July (see below), while some other students have managed to escape. 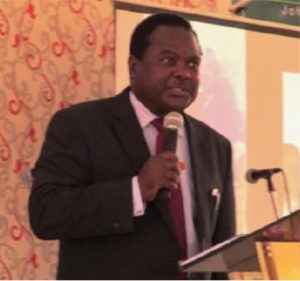 Announcing the latest releases, the president of the Nigerian Baptist Convention, Rev Dr Israel Akanji (pictured), said: “Glory be to God. Five of our Bethel Baptist High School students and the matron, making six, have just been released to us this evening, October 8. We thank God and trust that the remaining four students will also be released. Thank you for your prayers and support.”

Militant Islamist groups increasingly use kidnapping for ransom to fund their activities, and it is believed that ransoms have been paid to the kidnappers of the Bethel students.

7 July The kidnappers released a group of 28 students. The same day, the kidnappers warned that the abducted students could starve unless their parents supplied them with food. The kidnappers reportedly promised that the children would be safe if parents delivered rice, beans, palm oil, salt and stock cubes, and said a ransom demand would follow.

12 July A boy who was sick was released in the forest and found by security forces, who brought him to a police clinic.

21 July Five students escaped when they were sent to collect firewood for cooking – police found two of them and the other three made their own way back to the school.

24 July Another 28 students were released. An arrangement was made that the kidnappers would drop the students at a pickup point, where they were met by church buses. Video footage of the released students being reunited with their families showed them to be weak and tearful.

21 August Another 15 students were released. They were reportedly weak and sick, and their parents took them to hospital for treatment. 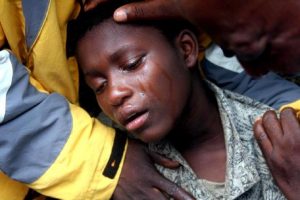 27 August Another 32 students were released, sick and exhausted.

26 September Ten more students were released. School administrator Rev John Hayab, who is also chairman of the Christian Association of Nigeria in Kaduna State, said the gunmen freed the students after collecting a ransom.

8 October Five students were released, along with the school matron.