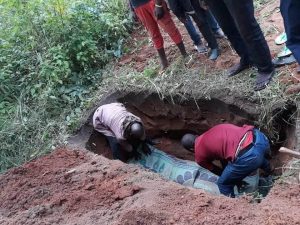 On 29 July, Fulani Muslim militants killed 14 Baptist Christians in a raid on a village in central Nigeria’s Kogi state. Six others were wounded in the attack, which took place at 2 am in the village of  Agbadu-Daruwana, Koto Karfe Local Government Area.

Those killed included 13 members of an extended family. Kogi State Command Commissioner of Police Ede Ayuba said in a statement that one man lost his wife, mother, all his children, his younger brother, an aunt and uncle and a sister-in-law. “In that family, it is only one person that survived,” he said.

Leaders of the All Africa Baptist Fellowship posted on the group’s Facebook page that the victims were members of the Bethel Baptist church in Agbadu-Daruwana, part of the Lokoja Baptist Association of Kogi State Baptist Conference. “All the community members, mainly Christians, have all fled,” the post read. “Please pray for God’s intervention.”

Local resident Rachael Nuhu texted Morning Star News with information about the attackers, saying: “They invaded the village armed with guns and riding motorcycles. They were speaking in the Fulani language as they attacked our people. This is not the first time they’re attacking our communities, as other villages around us had been attacked in a similar way by these herdsmen.”

Nigerian President Muhammadu Buhari is a Fulani, and his government has put pressure on police and government officials to refrain from mentioning Fulanis in describing attacks. In line with this, Kogi Governor Yahaya Bello condemned the attack by “heartless criminals”.

In a statement issued by his Chief Press Secretary Onogwu Muhammed on 30 July, Governor Bello vowed to sustain operations against “criminal elements”.