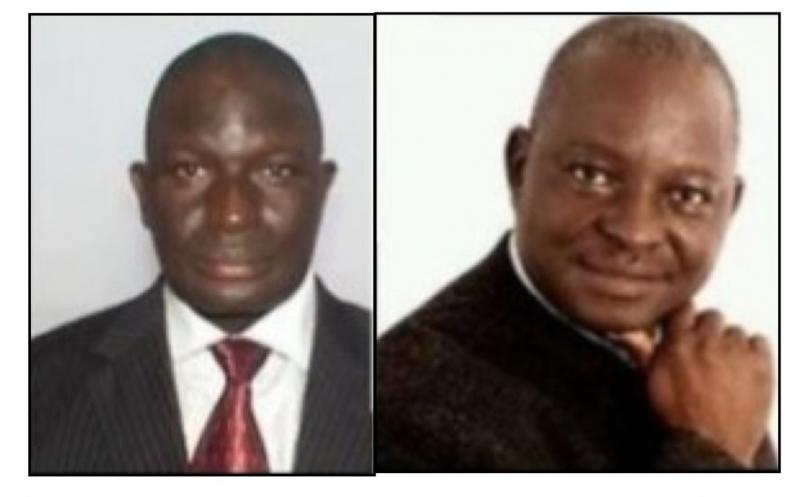 Senator for Plateau State North Gyang Datong and Majority Leader in the Plateau State House of Assembly Gyang Fulani, both believed to be Christians, died during an attack on the mass burial of victims of armed raids on Christian villages the previous day.

The violence began on Saturday 7 July, when hundreds of assailants mounted simultaneous attacks on twelve villages in Riyom and Barkin Ladi, on the outskirts of the state capital Jos, storming them with guns and machetes. The victims were from the Christian Berom ethnic group. A special Joint Task Force of police and soldiers (formed to counter long-running violence in the area) was deployed and got the situation under control after hours of heavy fighting. Spokesman for the Joint Task Force Captain Mustapha Salisu said that some attackers wore police uniforms and bullet-proof vests.

At least 25 people died in the village attacks, five were hospitalised and approximately 150 displaced people sought refuge in churches. The majority of victims were women, children and elderly people. About 19 gunmen were later killed and one was taken alive during an exchange of fire with the Joint Task Force.

The following day, Sunday 8 July, as mourners proceeded to the mass burial site, they are reported to have discovered the burnt remains of at least 50 more victims who had fled from the villages to shelter in a church. The mourners, including dignitaries attending the burial, were then attacked by armed assailants. Amongst the dead were two politicians; there are conflicting reports as to whether they died of gunshot wounds or from shock. Following their deaths, angry youths took to the streets, mounting roadblocks in the area.

Local people had reported the existence of a camp belonging to the Fulani militants initially thought to have been responsible for village raids, but they say no action was taken by the security services.

In a comment to Christian Solidarity Worldwide, Anglican Archbishop of Jos the Most Reverend Benjamin Kwashi (pictured) condemned the “detestable” attack on funeral goers and expressed anxiety for the future if the targeting of villages continues unchecked.

“This kind of unprovoked, deliberate attempt to overrun a population cannot succeed in the long run, whether or not the government takes action to stem it,” he said. “Unfortunately, there is now an army of jobless young people aged 20 and under, who no longer attend church and for whom countering the violence is now a matter of survival. They do not listen to what you say, but watch what you do. They are seeing Boko Haram succeed using violent methods and if we are not careful, they themselves will soon be adopting Boko Haram’s methods. We urgently need to engage them and provide direction.”

Estimates vary as to how many people died over the weekend, partly due to uncertainty over the numbers of burnt bodies in piles found by mourners on the way to the burial. The death toll is thought to be about 104, including the dead militants, but it may be much higher.

It is unclear whether the attacks were mounted by Islamist sect Boko Haram, by Fulani Muslim herdsmen or by a combination of Boko Haram and Fulani acting together, as some commentators have suggested. The military said that the village attacks and the funeral assault were probably carried out by the same men.

Initial blame for Saturday’s village attacks fell on Fulani herdsmen, who often clash with Christian farmers in the violence-prone Plateau State. (Nigeria is divided into a mostly Christian south and mostly Muslim north; Plateau state is in the middle belt between the two.) However, on Tuesday 10 July Boko Haram claimed responsibility for the attacks. The group issued a statement saying that Boko Haram “wants to inform the world of its delight over the success of the attacks we launched on Barkin Ladi and Riyom in Plateau state on Christians and security operatives, including members of the National Assembly.” The statement added that Christians “will not know peace again” if they do not accept Islam.

Before Boko Haram claimed responsibility for the attacks, Pam Ayuba, spokesman for the Christian-led Plateau state government, said he “knew” that Muslim herdsmen were responsible. Even after Boko Haram’s claim, Pam Ayuba still accused the herdsmen of being involved. Mark Lipdo, who runs Christian advocacy organisation The Stefanos Foundation also blamed the Muslim herdsmen. However, Nurudeen Abdullahi, Plateau state chairman of Miyetti Allah Fulani Herdsmen Association, denied any involvement by his members: “This is the usual propaganda used on our people but we are not the ones who attacked the villages in the area.” He then accused Christian farmers of attacking Muslim settlements and stealing cows. (Associated Press, BBC, Christian Solidarity Worldwide)