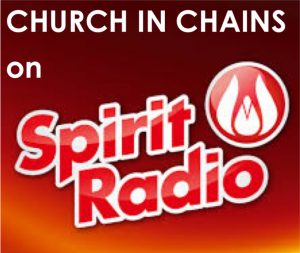 Listen to David Turner as he talks to Wendy Grace about Sam, Maryam and Lydia in Iran and also the acquittal of Sawan Masih in Pakistan and prisoner releases in Eritrea. (October 2020)

Listen to David Turner as he talks to Rónán Johnston about the releases of Ebrahim Firouzi in Iran and Gou Zhongcan in China and also about the International Day of Prayer for the Persecuted Church. (Broadcast November 2019)

Listen to Dr Bob Fu as he talks to Steve Johnson about the deteriorating situation for religious freedom in China. Bob is the director of China Aid and he was  in Dublin for the Church in Chains’ annual conference. (Broadcast September 2019)

Listen to Shibu Thomas (of Persecution Relief) and David Turner as they speak to Wendy Grace about what has life been like for Christian communities in India in recent years. (Broadcast September 2018) 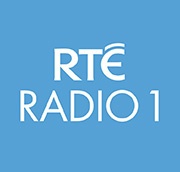 Listen to this eye-opening interview about the persecution of Christians in China on RTÉ Radio One’s “Leap of Faith” with Michael Comyn and David Turner. (Broadcast January 2019) 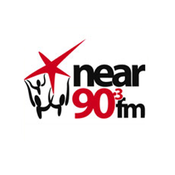 Listen to David Turner speaking with Paul Caffrey on God Talk about Church in Chains’ visits to the Indian and Pakistani embassies and also the crackdown on Christianity in China. (Broadcast September 2019)