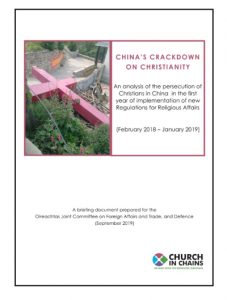 September 2019: Report on the persecution of Christians in China during the period February 2018 – January 2019 (the first year of implementation of China’s new Regulations for Religious Affairs). 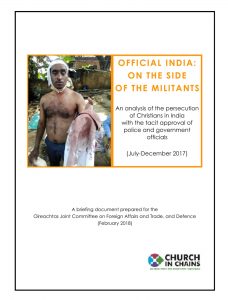 February 2018: Report on the persecution of Christians in India during the period July-December 2017 and the inaction of police and government officials.

September 2015: Examination of the reality of the persecution of Christians in China, Egypt, India, Iran, Nigeria and Pakistan in the light of their government’s international human rights commitments.