The Federal Democratic Republic of Ethiopia is Africa’s oldest independent nation, and one of its poorest. The economy depends on agriculture (coffee is the main export) but the frequency of droughts is increasing and many Ethiopians depend on food aid from abroad.

Ethiopia was never colonised, apart from Mussolini’s occupation 1939-41. British troops helped to oust the Italians in 1941 and put Emperor Haile Selassie back on his throne. In 1974, a Marxist junta led by Mengistu Haile Mariam overthrew Haile Selassie. Thousands were killed, property was confiscated and defence spending soared.

Drought, famine and war brought millions to the brink of starvation in the 1970s and 1980s, and contributed to the collapse of Mengistu’s regime in 1991. Conditions then stabilised.

Two major economic drains have been Ethiopia’s war with Eritrea (1998-2000) and military engagement in Somalia (2006-2009), where Ethiopian troops were deployed to support the transitional government’s attempt to oust the Islamists. Eritrea gained independence from Ethiopia in 1993, but tens of thousands were killed in the war that followed. A fragile truce held until a peace agreement was signed between the two countries in July 2018.

This was part of a wide programme of reforms launched by Prime Minister Abiy Ahmed, elected to office in April 2018, who is a Christian from a mixed Christian-Muslim family. He also lifted a state of emergency and released thousands of political prisoners.

Ethiopia is the second-oldest officially Christian nation in the world after Armenia. The majority of Ethiopians are Christians – mostly Ethiopian Orthodox (44%) and evangelical/Pentecostal (19%) – and about 34% are Muslims. Christians have faced persecution from the government, extremist Muslims and even other Christians.

The Marxist regime persecuted all perceived opponents, including Christians and especially evangelicals, who in 1974 numbered only 5%. Many were martyred and churches were destroyed, yet many people became Christians during that period.

The overthrow of the junta in 1991 led to stability and relative freedom for Christians. The constitution protects freedom of religion, but the government restricts this freedom, fearing that religious groups could bring about a regime change. Churches other than Ethiopian Orthodox must register with the government.

The Ethiopian Orthodox Church was the state church from 1270 until 1974. It considers itself the only true church and a symbol of national identity and for many years some fanatical elements within the church have persecuted those who leave to join evangelical churches.

In Muslim majority areas there are sporadic violent mob attacks on churches, and arrests and disappearances of Christian converts are common. Christians in these areas are often subject to harassment and intimidation and pastors and evangelists often face violent attack.

In February 2019, Church in Chains sent €3,500 in response to an appeal from partner organisation Steadfast Global to restore church buildings in the town of Halaba Kulito which were badly damaged in recent arson attacks. 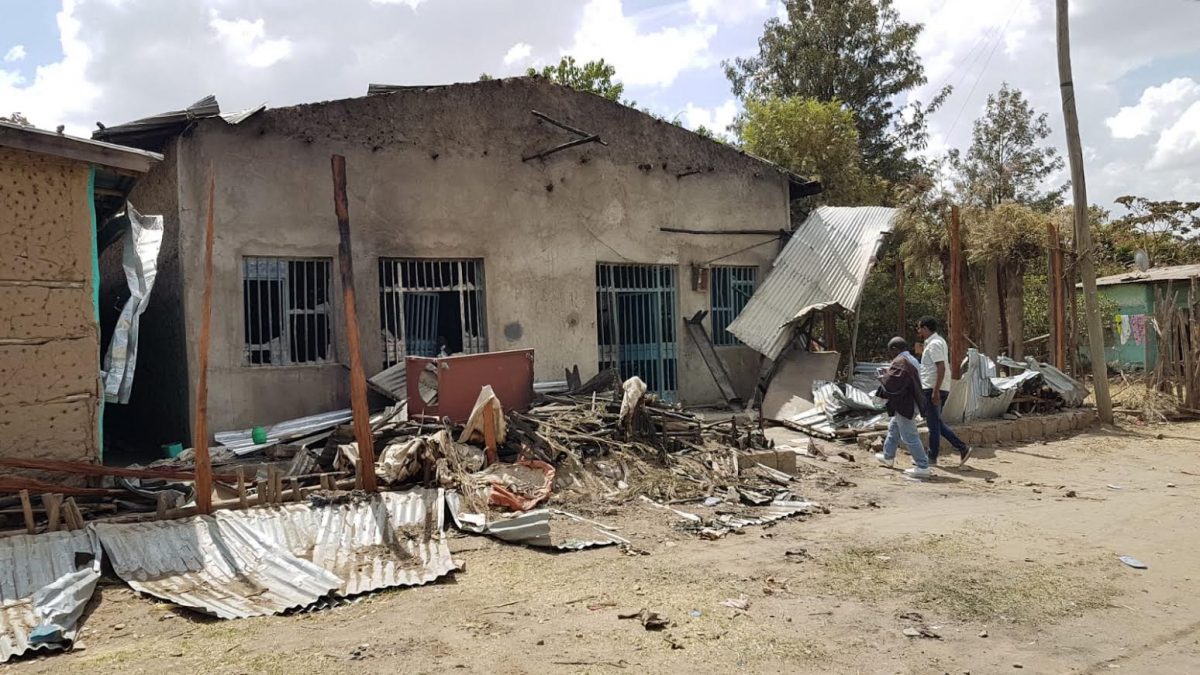 On Saturday 9 February, coordinated attacks in the southwestern town of Halaba Kulito damaged ten church buildings and destroyed their contents. 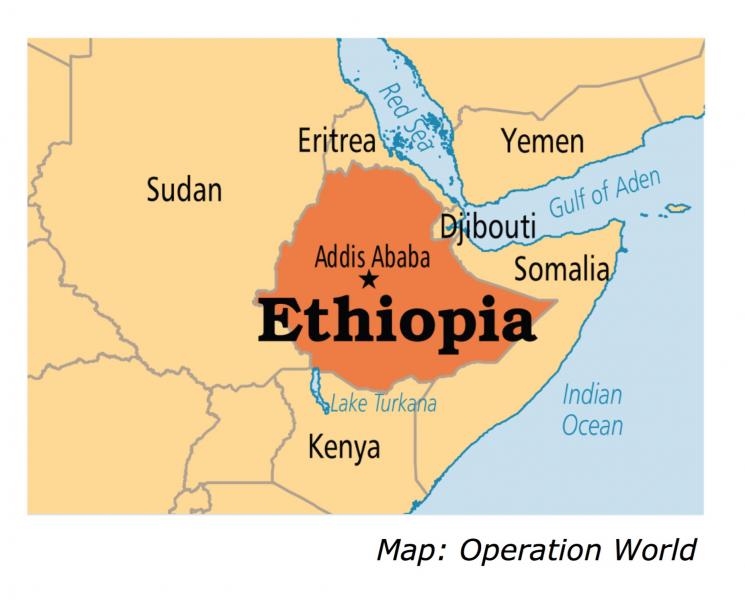 At least one Christian has been killed and many injured in Islamist attacks in southwestern Ethiopia.

Thousands of extremists set fire to 69 churches, a Bible school and a Christian orphanage and burned down the homes of 30 Christian leaders. At least 7,000 Christians have fled and are in shelters. The Christian who was killed is believed to have been a member of the Ethiopian Orthodox Church.