Uzbekistan is the most populous country in central Asia and is one of the world’s biggest producers of cotton. It is 90% desert and mountain, ranging from fertile valleys in the east to desert in the west, and the Silk Road runs through the country with the historic cities of Samarkand and Bukhara along its route. The capital, Tashkent, has a population of over two million people.

A former Soviet republic, Uzbekistan was ruled by the authoritarian Islam Karimov from 1989 until his death in 2016. When the Soviet Union dissolved in 1991 he was elected president of the new country, and he was ruthless with all perceived opposition. His successor Shavkat Mirziyoyev, who had been prime minister since 2003, won the presidential election with a landslide victory on 4 December 2016. His rule has been described as an “Uzbek Spring” because he has opened up Uzbekistan to international contacts, but the state still violates many human rights and restricts freedoms of religion, speech, press and assembly. Torture is routine and corruption is widespread.

The Uzbek people are considered to be the most religious in Central Asia and the government concentrates on keeping all religions (especially Islam) under strict control. The government appoints all imams and controls the number and location of mosques. Thousands of devout Muslims have been arrested in recent years under the guise of cracking down on extremists.

Following a visit to Uzbekistan in 2017, Dr Ahmed Shaheed, United Nations Special Rapporteur on Freedom of Religion or Belief, said that “freedom of religion or belief as a human right inherent to every human being is not recognised in law and in practice,” and that this “poses a fundamental challenge for religious freedom in Uzbekistan”. He recommended many reforms. In 2018, the Uzbek government pledged to make changes and said that it had “created a unique/original model to promote religious freedom“.

Uzbekistan’s new Religion Law, which was signed by President Shavkat Mirziyoyev  on 5 July 2021 and came into force the following day, retains almost all the restrictions on freedom of religion and belief in the existing 1998 Law on Freedom of Conscience and Religious Organisations, which restricts rights deemed to be in conflict with national security.

These restrictions ban all exercise of freedom of religion and belief without state permission, teaching about religion without state permission, and sharing beliefs. The new law retains the requirement for prior state censorship of all religious materials, whether printed or electronic. It also retains the burdensome registration process for religious communities, and while it reduces the number of adult citizens required to apply for permission for a religious community to exist from one hundred founders to fifty, it adds the requirement that all founders live in one city or district.

Many Christians in Uzbekistan are of Russian ethnicity and belong to the Russian Orthodox Church, which is permitted and experiences the least persecution from the government as it generally does not engage in outreach. In 2017 the government publicly launched the first full Uzbek Bible (a translation of the Old Testament and a revision of the New Testament) at an event attended by ethnic Russian Christians only – Uzbek Christians were not invited. Apart from Russian Orthodox churches, there are some registered Protestant churches and one small registered Protestant seminary in Tashkent.

Until recently, all other churches faced almost impossible conditions to register, including the requirements to have a minimum of one hundred adult members and an officially qualified leader, and to pay a huge fee. In 2019, however, several churches were able to register, including one in the autonomous republic of Karakalpakstan, and at least eight more were registered in 2020.

Since registration was almost impossible until recently, the underground house church movement has grown rapidly. Government agencies compile files on Christian leaders and unregistered churches or small groups are kept under surveillance by secret police who tap phones, raid meetings, confiscate and destroy literature and equipment and detain members of unregistered – and occasionally registered – groups for “illegal” activities such as teaching religion, meeting outside their geographic area of registration, possessing unapproved religious literature, discussing their faith or singing religious songs. Detention and arrest is often followed by beating and torture. Fines for attending meetings, teaching the Bible and training Christian leaders can be two or three hundred times the minimum monthly wage for repeated violations.

Christians viewed as engaging in proselytism are targeted for fear that they will cause Uzbeks to leave Islam for Christianity. Ethnic Uzbeks who become Christians are seen as cultural or religious traitors and often experience hostility from family and community, including ostracism or beatings.

Christian literature (including Bibles) is routinely confiscated and ordered by judges to be destroyed. Christians have been told that it is legal to possess a Bible but that reading it is only allowed in designated areas such as registered church buildings. The distribution of religious material is legal, but only material approved by the State Committee for Religious Affairs. The government-recognised Uzbek Bible Society is allowed to exist but is heavily restricted in terms of importing or printing Christian materials, and Bibles may not be sold through any other outlets. All imports of Bibles and Christian books are examined and sometimes confiscated and then burnt. Christians accused of illegally storing, importing or distributing Christian materials can be fined twenty to one hundred times the minimum monthly salary.

Persecution is especially intense in Karakalpakstan, an autonomous republic that occupies the northwestern end of Uzbekistan. In its capital, Nukus, the church is experiencing unprecedented growth, with several thousand people becoming Christians in recent years. The government shut every non-Orthodox church, so almost all growth is through underground house churches, and evangelical Protestant students have been expelled from university. In 2019, however, the first church was able to register in Karakalpakstan.

Tohar Haydarov (32) is a Baptist from Tashkent who was sentenced to ten years’ imprisonment and was incarcerated in a labour camp near Karshi, 400 km from his home city. Tohar was released on 8 November 2016, having served six years and ten months of his sentence. A former Muslim, he had been reported to the police after leaving Islam, and was sentenced in March 2010 on false drug trafficking charges – it appears that he was framed and his trial was rigged.

Pentecostal pastor Dmitri Shestakov was sentenced to a four-year term in a labour colony in 2007. He was charged with organising an illegal religious group, inciting religious hatred and distributing extremist religious literature. He was released in January 2011 after serving his full sentence, but remained under police surveillance. In January 2013, Pastor Shestakov and his family flew to Ukraine where they were given political asylum status by the UN High Commissioner for Refugees. In 2016 they went to live in the US.

Uzbekistan’s new Religion Law, which was signed by President Shavkat Mirziyoyev (pictured) on 5 July, retains almost all the restrictions in the existing 1998 Religion Law 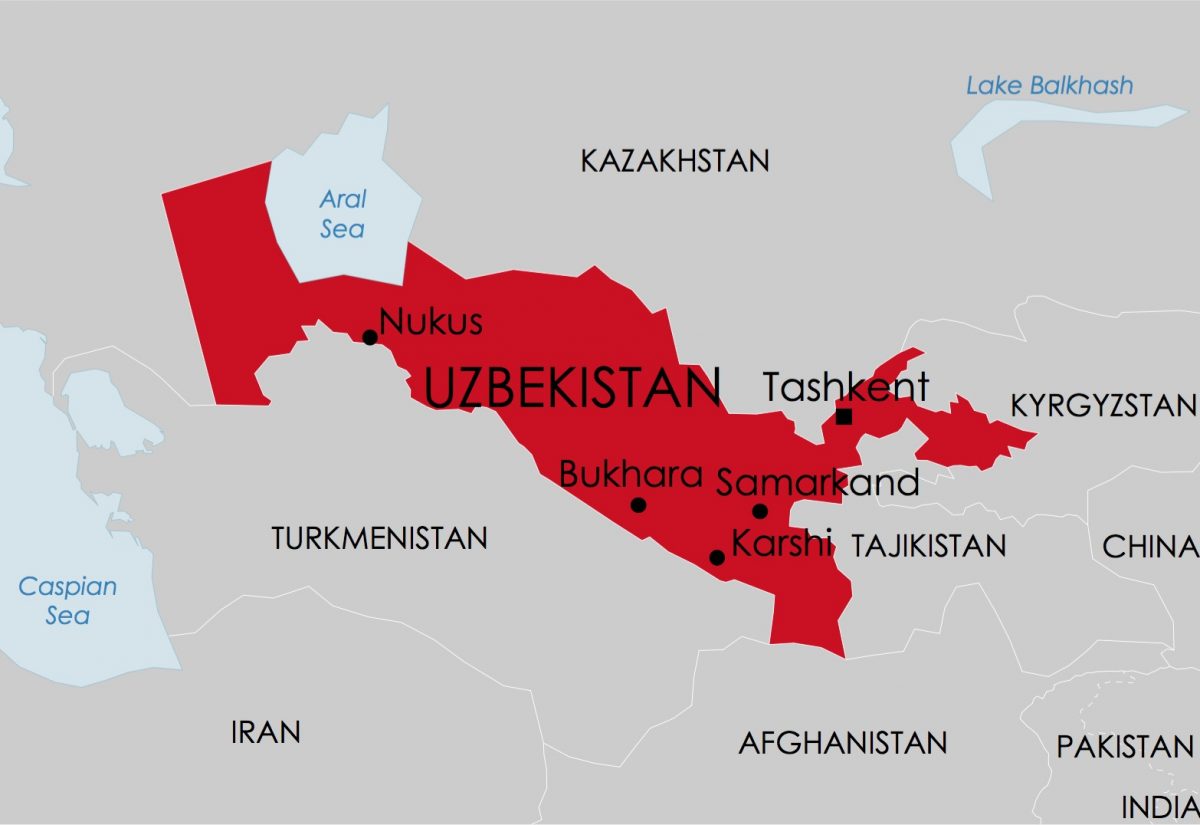 Police raided a home in Pap, eastern Uzbekistan, on 19 November and detained eight Christians who had gathered for a meal and Bible reading.