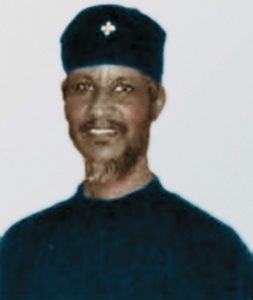 Rev Gebremedhin Gebregiorsis is an Eritrean Orthodox priest and expert theologian who was arrested in November 2004 because of his involvement in the Medhane Alem Bible study group, a renewal movement within the Eritrean Orthodox Church. He has remained in prison, incommunicado, ever since.

Rev Gebremedhin trained in the theological school of Egypt. He served as head of the Sunday Schools department in the Eritrean Orthodox Patriarchate, and for the two years before his detention he headed a nationally-acclaimed programme working with HIV patients and an award-winning educational campaign for the prevention of AIDS in Eritrea. The government had publicly acknowledged his achievements in this area.

Rev Gebremedhin was one of the organisers of the Medhane Alem (“Saviour of the World”) movement, along with Rev Dr Futsum Gebrenegus and Rev Dr Tekleab Menghisteab. Security forces arrested the three Christians on 19 November 2004 and following their arrest the government closed down the Medhane Alem church in which they had grown up and served all their lives, and the congregation was forced to disperse.

Rev Gebremedhin is a widower with three children. His wife died in June 2022.