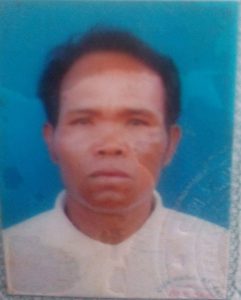 Pastor Y Yich (57) from Gia Lai province in Vietnam’s Central Highlands is a member of a banned evangelical denomination who has worked for many years for freedom of religion and indigenous rights for his fellow Montagnard people. He was arrested in 2013, charged with “undermining national solidarity policy” and sentenced to twelve years in prison, where he has reportedly been beaten and tortured. Following his expected release in 2025, he must serve three to five years’ probation.

Pastor Y Yich was arrested on 13 May 2013 and accused of violating Article 87 of the Penal Code, “undermining national solidarity policy“. On 14 November 2013, he was sentenced to twelve years in prison for spreading Dega Protestantism, using the internet to communicate with Montagnard pastors and “FULRO reactionaries”* in the US and meeting with former prisoners of conscience. Following his expected release in 2025, he must serve three to five years’ probation.

Dega Protestantism (Tin Lanh Dega) is an activist Montagnard church movement that emerged in Vietnam’s Central Highlands in 2000 and combines evangelical Christianity with aspirations for religious freedom, protection of ancestral lands and, for some, autonomy or self-rule.

All religious groups in Vietnam need government permission to operate and banned groups such as Dega Protestants and Ha Mon Catholics suffer harsh persecution including police harassment and imprisonment. The government claims that they were instigated by Montagnards overseas as a cover for political activities, and several government websites discuss the need to “eradicate the evil cults”, i.e. unapproved Montagnard Christian denominations. Since 2001, the authorities have forced thousands of Dega Protestants and Ha Mon Catholics to renounce their faith.

Pastor Yich has been transferred to prison in Mang Yang District, Gia Lai province from An Phuoc Prison, Binh Duong province, where he suffered poor health due to torture in detention plus high blood pressure, joint pain, stomach inflammation, hepatitis and kidney stones. Prison authorities have denied him medical treatment and have refused to give him medicines brought by visiting family members. In 2020, the pastor’s son reported that he had lost all his teeth when prison officers beat him.

In 2017, Pastor Yich was awarded the annual human rights award by the Vietnam Human Rights Network, based in California, USA, an award to encourage Vietnamese religious and political prisoners of conscience.

Pastor Yich was first arrested by the provincial government of Gia Lai on 18 December 2006, accused of “undermining the solidarity policy” and sentenced to four years in prison.

After serving four years in Xuan Phuoc Prison, Phu Yen province, he was released on 18 September 2011 and put on probation for three years. He returned to his home in Aluk village, where he continued to work for religious freedom and human rights.

Pastor Yich and his wife Amying H’Dom have five children, born between 1986 and 1997. A daughter has been able to visit the pastor in prison, but prison authorities have refused to give him medicines supplied by family.

In December 2020, Pastor Yich’s son Mrui reported death threats and harassment against him and his family by village and district authorities in an apparent attempt to force him to renounce his faith. He told Radio Free Asia, “Village, district officers continuously visit our home to monitor us, they invited [meaning summoned] me five, six times, threatened to bash me and kill me, forcing me to abandon my faith.”

18 December 2006 Pastor Yich was accused of “undermining the solidarity policy” and sentenced to four years in prison.

18 September 2011 The pastor was released and returned home to serve three years’ probation.

13 May 2013 Pastor Yich was arrested again and accused of “undermining national solidarity policy”.

14 November 2013 Pastor Yich was sentenced to twelve years in prison plus three to five years’ probation for spreading Dega Protestantism, using the internet to communicate with Montagnard pastors and “FULRO reactionaries” in the US and meeting with former prisoners of conscience.

December 2020 Pastor Yich’s son reported death threats and harassment against him and his family by village and district authorities in an apparent attempt to force him to renounce his faith.

*FULRO (Front Unifié de Lutte des Race Opprimées, the United Struggle Front for the Oppressed Races) was a Montagnard resistance movement in the Central Highlands that dissolved in 1992. The authorities continue to accuse Montagnards from unapproved churches of using their religion to organise a separatist political movement and revive FULRO.

Read more about the persecution of Christians in Vietnam.