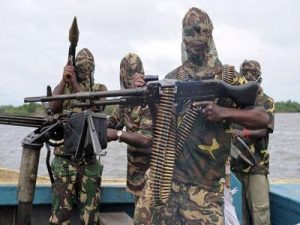 Boko Haram was founded in 2002 by Sheikh Mohammed Yusuf in Maiduguri, capital of Nigeria’s north eastern state of Borno, to fight against government corruption and economic disparities between the north and the richer south. Its overarching aim, however, was to create an Islamic state, and adherents of the organisation became increasingly radicalised and violent.

In July 2009, tensions between Boko Haram and the government led to the security forces staging an offensive that killed at least seven hundred people across several states in deadly attacks on buildings and settlements associated with Boko Haram. Mohammed Yusuf died in police custody in July 2009.

Boko Haram regrouped under Abubakar Shekau, with a more militant agenda, and declared jihad on the government, aiming to rid the north of Christianity and the federal system, create an Islamic state and impose its strict interpretation of Sharia law, which forbids Muslims from taking part in any activity associated with Western society, including voting in elections, wearing shirts and trousers and receiving a secular education.

Loosely translated from Hausa, Boko Haram means “western education is forbidden”. Its official name is Jama’atu Ahlis Sunna Lidda’awati wal-Jihad, Arabic for “people committed to the propagation of the Prophet’s teachings and jihad”. It targets not just Christians but also universities, the police, secular courts and moderate mosques. While Christians are killed for their faith, Muslims are killed for reasons that include cooperating with the Nigerian military, working for the government and refusing to pay extortion taxes.

Since Boko Haram’s armed insurgency began in 2009, its militants have killed over 35,000 civilians (Christians and Muslims) and have forced 2.5 million Nigerians to flee their homes. Boko Haram has kidnapped thousands of women and children, forcing them into marriage or slavery and using some as suicide bombers. Among the best-known captives are the Chibok girls, abducted from their school in Borno state in April 2014. 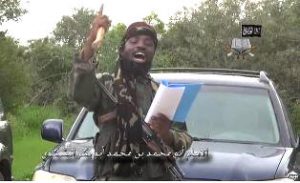 In August 2014, Abubakar Shekau (pictured) declared a caliphate in towns and villages Boko Haram had seized around Maiduguri, using improvised explosive devices, anti-aircraft guns, rocket-propelled launchers and machine guns. It also took areas of Adamawa and Yobe states. Many Christians were killed and their homes and churches destroyed, Christian clinics and schools were shut down and villagers could not get to their farms to sow crops. In many of these settlements, infrastructure was destroyed. Thousands of survivors escaped to the mountains or forest, while thousands more fled to Cameroon.

In March 2015, Abubakar Shekau pledged allegiance to Islamic State and changed his group’s name to Islamic State West Africa Province (ISWAP). However, IS regarded Shekau as too extreme – killing too many Muslims – and in August 2016, IS announced Musab al-Barnawi (son of Mohammed Yusuf) as the new governor of ISWAP. He said he would focus on “booby-trapping and blowing up every church that we are able to reach, and killing all those we find from the citizens of the cross”. Days later, Shekau said he was still in charge, and his faction reclaimed the name Boko Haram.

When President Muhammadu Buhari was elected in March 2015 he pledged to end Boko Haram violence, and he had some success: from Spring 2015, the Nigerian army – supported by troops from Niger, Chad and Cameroon – pushed Boko Haram out of many towns and villages, retaking most of the territory it held in the northeast. The army destroyed several militant camps in the Sambisa Forest and freed many kidnap victims. The number of attacks reduced, although the terrorists increasingly carried out attacks in adjoining regions of Niger, Chad and Cameroon.

More recently, ISWAP has been resurgent, gaining weapons and ammunition through attacks on military bases. By early 2021, ISWAP had killed or “turned” many of Boko Haram’s senior lieutenants, and its militants pursued leader Abubakar Shekau to his Sambisa Forest hideout where he died on 23 May 2021 when he detonated a suicide vest he was wearing to avoid being taken alive.

While ISWAP is based in Borno State’s Lake Chad basin, Boko Haram has reportedly relocated its base from the Sambisa Forest in Borno State to the Rijana Forest in Kaduna state’s Chikun Local Government Area.