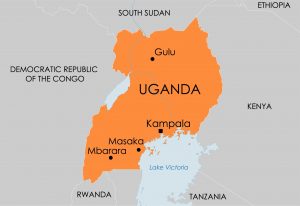 A young Muslim woman in eastern Uganda who converted to Christianity on 18 September was poisoned to death that night. Namata Habiiba (23) was invited by a friend to attend a church service in Wakawaka village, Bugiri District in eastern Uganda, and she put her faith in Christ.

Namata had lived with her Muslim stepmother Namu Sauya since her parents were killed in a vehicle accident in 2019, and when she returned home from the church service with her friend, her stepmother asked why she had returned so late. Namata told her she had attended a church service and converted to Christianity, causing Sauya to stop talking to her, according to the friend, whose name is withheld for security reasons.

Sauya prepared and served food for them and then left the room, said the friend, who was fasting that day and did not eat. Within minutes, Namata started complaining of severe stomach pain and began to vomit. Her friend shouted for Sauya, but she had disappeared.

Neighbours soon arrived and rushed Namata to hospital in Bugiri, where a doctor gave her medication, but she soon died. Her friend said the postmortem determined that she had died from ingesting rat poison.

A local resident said that Namata leaves behind a 3-year-old child, whose father is a married Muslim who had planned to take Namata as his second wife. Local officials and other villagers condemned the killing and have undertaken a search for Sauya.

Namata’s body was buried on Saturday 24 September in Musubi village, where her father was buried. Her death is the latest in a long sequence of persecution incidents in Uganda documented by Morning Star News.

Mother of five beaten for her faith

In central Uganda’s Bamusuta village, Kiboga District, a Muslim beat his wife in early September after learning she had converted to Christianity.

Falida Nazziwa (42) attended an all-night prayer vigil at a church in Kiboga town on 10 September while her husband Saidi Mudogo was away at his work as a truck driver. Falida was a secret Christian and did not expect him to come home until late on 11 September, but he was already back when she arrived home that morning.

Falida told Morning Star News, “In the morning as I went back home, I found my husband very furious on the compound, and he asked about where I slept. I told him the truth that I had gone for an overnight prayer in the church. After hearing the words ‘overnight prayer,’ he just jumped on my neck shouting, ‘Prayers, not in my house,’ and started beating and strangling me while shouting, ‘Allah akbar! Kafir, kafir!’” (Kafir means “infidel”.)

Two men heard Falida’s cries and rushed over to rescue her, but her husband chased her and her two younger children away and they took refuge at an undisclosed location. Their three other older children were away at the time.

The church pastor, unnamed for security reasons, said Falida received treatment at a medical clinic in Kiboga and has been taking medication for swelling, and that internal injuries have been causing her severe pain.

“The husband has disappeared since then, but we shall get him,” the pastor told Morning Star News. “I have reported the incident at the Kiboga police station. We hope the assailant will be arrested and justice given for the ailing mother.”