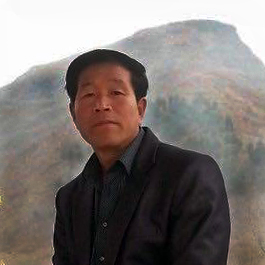 Chinese Christian Jang Moon Seok is an ethnic Korean who ministered to North Koreans in China until November 2014, when he was abducted, brought across the border into North Korea and sentenced to 15 years in prison. He is in his late fifties.

Also known by his Chinese name Zhang Wen Shi, Deacon Jang lived in Changbai, a Chinese town in Jilin province on the border with North Korea, and ministered as a deacon alongside Pastor Han Chung-Ryeol (also an ethnic Korean Chinese citizen) among North Koreans who crossed the border into China. Changbai Korean Autonomous County faces North Korea’s Hyesan city across the Tumen River, which is a key point for cross-border movement by traders and defectors.

While it is illegal to cross into China without permission, North Koreans often visit Chinese border towns to buy goods for resale in North Korea, to seek medicine or other help and to conduct business. They also gather herbs on the North Korean side of the Changbai Mountains, sell them at the market in Changbai and bring the money back home.

Deacon Jang regularly hosted these visiting North Koreans, sometimes for weeks, providing them with practical aid such as warm clothing, food and supplies they might need for their return home to North Korea, seeing it as his Christian duty to welcome the stranger, clothe the naked and care for the sick.

Deacon Jang also shared the gospel with North Koreans and some became Christians and attended Bible training at his home. He and Pastor Han also taught them how to share the gospel with their loved ones. They refused to help the North Koreans to defect but insisted they return home to their families in North Korea and not abandon them.

On 1 November 2014, Deacon Jang was abducted in China and brought across the border into North Korea, where he was imprisoned. He was sentenced to 15 years in prison, a sentence that International Christian Concern reported was handed down for “defaming the regime, attempting to incite subversion of state power and providing aid and gospel to North Koreans”.

Dr Hyun Sook Foley of Voice of the Martyrs Korea commented, “We believe the reason for his kidnapping was to gather information about the North Korean ministry work we were doing with Pastor Han.” She added, “He is a simple man who never did anything political. He just helped North Korean people for many years. That should never be a crime, and Christians should join together to help Deacon Jang and his family.”

In April 2020, as Deacon Jang passed his 2,000th day in prison, Voice of the Martyrs Korea launched a letter-writing campaign to the North Korean Ambassador to the United Nations calling for his release.

On 30 April 2016, fifteen months after Deacon Jang’s abduction, his ministry colleague Pastor Han Chung-Ryeol (49) was murdered. He received multiple stab wounds to his skull, heart and stomach and was found dead in his car on the outskirts of Changbai, leaving a wife, son and daughter. He is believed to have been killed by North Korean assassins who returned to North Korea after the murder.

An ethnic Korean Chinese citizen, Han Chung-Ryeol was pastor of an officially-recognised Three-Self church in Changbai that he founded in 1993 and was well known for his ministry among North Koreans who crossed the border into China. Dr Hyun Sook Foley said he had shared his faith with at least 1,000 North Koreans. Pastor Han’s wife spent time in prison in North Korea when, on a visit to relatives, she was arrested for evangelising North Koreans.

In April 2018, Associated Press reported that Pastor Han’s sister Han Songshi said Chinese police had recently told the family that surveillance video had captured images of three men and a woman suspected of being North Korean agents crossing the border before and after his killing. She said Chinese authorities told the family that North Korea did not respond to Chinese requests to extradite the suspects.

Associated Press reported that two people with direct knowledge of the case, who spoke on condition of anonymity for fear of retribution from North Korea and China, said North Korea sent a letter to the state religious affairs bureau in Changbai saying it had arrested one of Pastor Han’s church deacons, Zhang Wenshi (Deacon Jang), and sentenced him to 15 years’ hard labour. In a copy of the letter seen by Associated Press, North Korea accused Zhang Wenshi of conspiring with Pastor Han in a plot to evangelise North Koreans, smuggle them out of the country and subvert its government.

For security reasons, no information is available about Deacon Jang’s family.

1 November 2014 Deacon Jang was abducted in China and taken across the border into North Korea, where he was sentenced to 15 years in prison.

April 2020 Voice of the Martyrs Korea launched a letter-writing campaign to the North Korean Ambassador to the United Nations calling for Deacon Jang’s release.