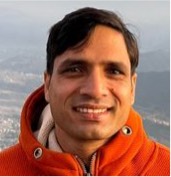 Pastor Keshav Raj Acharya (33) of Abundant Harvest Church in Nepal’s Pokhara city was found guilty of proselytising on 22 November 2021. Pokhara lies 200 km west of the capital, Kathmandu, and is Nepal’s second most populous city. The pastor was immediately imprisoned, and at a hearing on 30 November he was sentenced to two years’ imprisonment and fined 20,000 Nepalese Rupees (approximately €146). All charges against him were dropped in June 2022, but in a shock to the pastor and his family, the following month he was sentenced to one year’s imprisonment. His lawyer is appealing the decision to the Supreme Court.

LATEST NEWS (July 2022) Following the dropping of charges against Pastor Keshav in June 2022, it came as a shock when Jumla High Court sentenced him to one year’s imprisonment on 13 July. His lawyer is applying for bail and is appealing the decision to the Supreme Court, citing Nepal’s constitution and international law commitments.

Pastor Keshav was first arrested by the Kaski District Police on 23 March 2020 on charges of spreading false information about Covid-19, after a video was uploaded to YouTube on 22 February in which he said the coronavirus could be healed through prayer.

Christian Solidarity Worldwide reported that the pastor’s wife Junu Acharya (who is also a pastor in Abundant Harvest Church) said her husband was arrested after a man called Pastor Keshav asking to visit their home for him to pray for his wife, who he said had caught Covid. Soon after the couple arrived at the pastor’s home, police officers came and arrested him.

Pastor Keshav was charged with misleading the public about the virus and was kept in police custody until 8 April 2020, when he was released on bail of NR5,000 (approximately €36) by the Kaski District Administration. However, he was re-arrested at the District Administration office the same day and charged with “outraging religious feelings” and “attempting to convert”.

His wife posted bail on on 13 May, which the court accepted, but that same day the police arrested him for the third time at the court premises and transferred him for further investigation to Dolpa District Police Office, which is in a very remote location in the west of Nepal with no transport links, making legal access and family visits almost impossible, especially during Covid lockdown.

During the long journey from Pokhara to Dolpa, which reportedly involved at least 26 different vehicles including motorbikes, Pastor Keshav’s hands were behind his back in handcuffs and he had limited access to food. He was charged with proselytising and distributing Christian tracts in Dolpa, and was released on bail from Dolpa prison on 30 June 2020.

Following his release he was required to present himself before the court three times each month, once for each case, to sign official documents. This meant appearing in Pokhara for two cases and going to Dolpa for another, which Junu told Morning Star News was “an exhausting process – not only financially draining but also physically challenging”.

On 22 November 2021, Pastor Keshav was found guilty of proselytising in Dolpa District Court, and on 30 November, judge Keshavraj Chapai  sentenced him to two years’ imprisonment and fined him NR20,000  (approximately €146). He was the first person convicted for proselytising in Nepal under the criminal code that went into effect in August 2018 (see “Anti-conversion law”, below).

Keshav and Junu were shocked that he was convicted and also that he was sent to prison the same day, 22 November, a week before his sentencing. Junu told Morning Star News, “Keshab went to the court for his regular hearing. We had no idea that he would be convicted that day and not return home. We were completely shaken at the news of his arrest. I had not even imagined in the wildest of my dreams that this could happen. He had not forced anybody to change their religion, so I was confident that he would never have to go to jail for something that he has not done.”

Pastor Keshav was granted bail pending appeal on 19 December 2021 and reached home on Christmas Eve. In June 2020 all charges against him were dropped, so it came as a shock when Jumla High Court sentenced him to one year’s imprisonment on 13 July.

Pastor Keshav travelled extensively in Nepal to witness to others about his faith. His wife told Morning Star News that he went to Dolpa and distributed tracts but did not ask anyone to leave their religion for Christianity or offer any allurements such as money. She said the police investigation found one person who claimed that the pastor had tried to convert him, but that this person did not show up in court. “There was no witness, not even one, who stood before the judge to confirm the allegation,” she said.

Junu explained, “One person came forward and said that Pastor Keshab had given him a religious tract in Dolpa and asked him to follow his religion. He distributed tracts to many people that day. The people to whom he had distributed the tracts acknowledged before the police that they had been given the same, but they also mentioned that Acharya had not asked them to convert or follow his religion while handing over the tracts. They said that ‘He gave us a paper, we read it, tore it and threw it away,’ that’s all.”

The general secretary of the Nepal Christian Society, Rev Dilli Ram Paudel, told Morning Star News, “I felt that the judge was biased… He did not look at all the witnesses or practical law but gave judgment based on the police report. The police were also very biased in this case.”

In 2015 Nepal adopted a new constitution which states that everyone has the right to practice their religion, but Article 26 (3) states: “No person shall behave, act or make others act to disturb public law and order situation or convert a person of one religion to another or disturb the religion of other people… such an act shall be punished by law.”

This Article was added to the penal code when laws were passed in October 2017 and enacted in August 2018. Section 158 of the penal code states that no person shall convert anyone from one religion to another or make an attempt to or abet such conversion. A person who commits the offence, or causes it to be committed, can be sentenced to up to five years’ imprisonment and a fine of up to NR 50,000 (approximately €366).

Approximately 80 percent of Nepal’s population is Hindu, with around 1.3 percent Christian, and converts to Christianity face pressure from family, community and local authorities. Nepal was formerly a Hindu kingdom (it became a secular republic in 2008) and converts are seen as betraying the national religion.

Pastor Keshav is married with two young children. His wife Junu Acharya leads church at two locations, one established recently on the family’s land in Pokhara, with around eighty members, and one around 14 km away that was established five years ago, attended by around four hundred people.

23 March 2020 Pastor Keshav was arrested by the Kaski District Police on charges of spreading false information about Covid-19, after a video was uploaded to YouTube on 22 February in which he said the coronavirus could be healed through prayer. He was charged with misleading the public about the virus.

9 April 2020 A second arrest warrant was handed down to Pastor Keshav with a new charge of “outraging religious feelings”.

16 April 2020 Another charge sheet was filed against the pastor, of “proselytising by disseminating alleged false information”.

13 May 2020 Pastor Keshav’s wife Junu Acharya posted bail, but police arrested him the same day at the court premises and transferred him for further investigation to Dolpa District Police Office in the west of Nepal. He was charged with proselytising and distributing Christian tracts in Dolpa.

22 May 2020 The Registrar of the District Court Dolpa denied bail.

28 June 2020 The District Court judge reviewed the Registrar’s order and decided to temporarily release the pastor on bail of NR 300,000 (approximately €2,180) until the final hearing of the case.

30 June 2020 Pastor Keshav was released from Dolpa prison after his lawyer deposited the bail.

22 November 2021 Pastor Keshav was found guilty of proselytising in Dolpa District Court and was immediately imprisoned.

24 November 2021 Christian Solidarity Worldwide reported that Pastor Keshav’s lawyer filed a habeas corpus application to the Supreme Court requesting that it direct the District Court and the District Attorney to give written clarification as to why he was immediately sent to prison in violation of the rules of the Criminal Procedure Code.

29 November 2021 In a written clarification, the Dolpa District Court claimed it was following criminal procedure rules.

19 December 2021 Pastor Keshav was granted bail pending appeal and was released. He got home on Christmas Eve.

June 2022 Pokhara District Court in Kaski dropped all charges against the pastor.

13 July 2022 Jumla High Court sentenced Pastor Keshav to one year’s imprisonment. His lawyer said he would appeal the decision at the Supreme Court, citing Nepal’s constitution and international law commitments, and that in the meantime he would apply for bail.