The Islamic Republic of Iran comprises a large central desert surrounded by mountains, and is rich in oil and natural gas. It is the home of Shia Islam, which is followed by at least 90% of the population, and is a theocracy in which the Supreme Leader, Ayatollah Khamenei, is more powerful than the elected president.

Iran had cordial relations with the West under the Pahlavi monarchy, but in 1979 the Shah was deposed by a popular Islamic revolution headed by Ayatollah Khomeini, who declared Iran the world’s first Islamic republic. The revolution was the result of religious, political and popular dissatisfaction with the Shah’s programme of modernisation and Westernisation and his repression of dissent.

The year after the revolution, Iraq (under President Saddam Hussein) invaded Iran. The Iran-Iraq war lasted until 1988, when Iran accepted a ceasefire agreement with Iraq following UN negotiations.

Since the revolution, Iran has swung between more rigid and relatively liberal interpretations of Islamic rule. In 2005, the ultra-conservative Mahmoud Ahmadinejad became president and there followed a clampdown on “unIslamic behaviour”. President Ahmadinejad won a second term in 2009 amid claims of fraud and vote-rigging, and the bitterly disputed result led to the most serious unrest since the revolution, with at least thirty people killed and more than 1,000 arrested at the protests that followed.

In June 2013, the self-proclaimed moderate Hassan Rouhani was elected president. One of his campaign promises was to improve the conditions of ethnic and religious minorities, but there was no improvement for Christians.

In June 2021, the presidential election was won by hardline Chief Justice Ebrahim Raisi, who has also been tipped to succeed Ayatollah Ali Khamenei as Supreme Leader. Many reformers and moderate candidates were barred from standing and voter turnout reached a record low.

There is widespread social breakdown in Iran and disillusionment with the regime. There are many drug addicts, street children and prostitutes, and rates of depression are high, especially in the capital, Tehran. Rapid population growth followed by rapid urbanisation has led to millions of young, jobless people in cities. The Iranian government has been widely condemned for its many human rights abuses.

Internationally, there have been tensions between Iran and the UN, the EU and the US over its uranium enrichment programme. Iran said its nuclear programme was peaceful but the West feared it was directed towards developing nuclear weapons and imposed sanctions. In July 2015, an accord was reached between Iran and world powers (the US, Russia, China, Britain, France, Germany and the EU), which imposed curbs on the nuclear programme in return for easing of sanctions.

Religious freedom is guaranteed in the constitution and the estimated 170,000 Iranian Christians who worship in the historic churches (ethnic Armenian and Assyrian) enjoy relative freedom, although they are observed by the security organisations. The historic churches conduct their services in the Armenian and Assyrian languages, not Farsi (Persian, the official language of Iran, which is spoken by the general populace) and they are not allowed to accept converts. Just three Persian-speaking churches are still permitted to operate in Iran, all Anglican, but they not allowed to accept new members.

The government is increasingly concerned by the enormous growth of the “underground” house church movement, viewing house churches as a major threat because they use Farsi and are composed almost entirely of converts from Islam. The distribution of over 1.5 million Farsi New Testaments has led to government warnings about the influence of the “red book”. The regime portrays evangelical Christians as part of a foreign conspiracy against Iran, and Christian converts are often charged with “threatening national security” and “actions against the regime“.

It is estimated that in 1979 there were only about 500 Iranian Christian converts, but researchers believe that there are now over 700,000 – possibly up to one million – although it is impossible to estimate accurately because of the need to meet in secret. Security police are constantly trying to find and close house churches and leaders are often arrested and tortured in an effort to track down all members.

In prison, Christians suffer sleep deprivation, unsanitary conditions, illness, denial of medical treatment and sometimes prolonged beating. They also face many hours of interrogation, including torture, threats of execution and harm to family members, and pressure to recant their faith.

When Christians are released from prison it is often on payment of exorbitant bail, ranging from the equivalent of a few thousand euro to the deeds of a house, and they face further arrest or prosecution if they continue to meet with other Christians. Typically, they are told that they should have no visitors to their home and host no church meetings and they are often forced to sign that they renounce their faith and will not participate in Christian activities. Thereafter, they are closely monitored. Often police contact their employers and instruct them to sack the “apostate”.

Bahá’is are also severely persecuted in Iran, routinely suffering discrimination in education and employment, and many have been imprisoned.

The newly-amended Article 500 of Iran’s penal code, which deals with “propaganda against the state”, allows prison sentences of between two and five years, deprivation of civil rights such as voting for up to 15 years and heavy fines for “any deviant educational or propaganda that contradicts or interferes with the sacred Sharia”. These sentences are harsher than those typically given to Christians convicted of propaganda prior to the amendment. It was passed by parliament on 13 January 2021, signed into law by President Rouhani on 18 February and went into effect on 3 March.

Amendments made at the same time to Article 499, which deals with membership or organisation of “anti-security groups”, make it a punishable offence to “insult divine religions or Islamic schools of thought… with the intent to cause violence or tensions in society or with the knowledge that such will follow”.

The two existing Articles were already used in prosecuting Christian converts, but the new wording is open to interpretation and rights groups have warned that the amended Articles could be used to clamp down further on converts and other unrecognised religious minorities.

In June 2021, the first known Christians to be charged and convicted under the newly-amended Article 500 (Milad Goudarzi, Amin Khaki and Alireza Nourmohammadi, pictured) were each sentenced to five years in prison and fined for “engaging in propaganda that educates in a deviant way contrary to the holy religion of Islam”. They were summoned to prison in November 2021, making them the first known Christians to be imprisoned under the amended article.

Church in Chains has spoken up on behalf of Christians in Iran for many years. In October 2018, Church in Chains wrote to the Iranian Embassy in Dublin appealing for better treatment for Christian prisoner Ebrahim Firouzi. 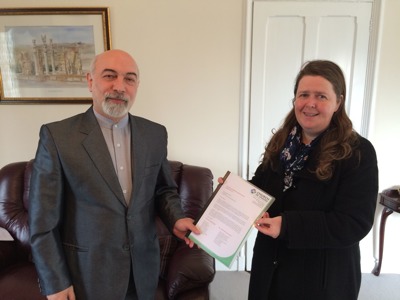 On 19 March 2015, a Church in Chains delegation visited the Iranian Embassy in Dublin, where Joanna Tuffy TD presented a petition highlighting the persecution of Christians in Iran to the Ambassador, Mr Javad Kachouiean. The petition, signed by twenty members of the Oireachtas, appealed for the release of three Christian leaders (Saeed Abedini, Farshid Fathi and Behnam Irani) and Mohammed Ali Dadkhah, a human rights lawyer who represented Christians.  The four men were released on different dates in 2015 and 2016.

Church in Chains campaigned extensively for Youcef Nadarkhani, a Christian sentenced to death in 2010. He was released in September 2012, but was returned to prison in July 2018 to begin serving a ten-year sentence.

In the early 1990s, the murder of a number of pastors led to Church in Chains holding a public memorial service outside the Iranian Embassy in Dublin. 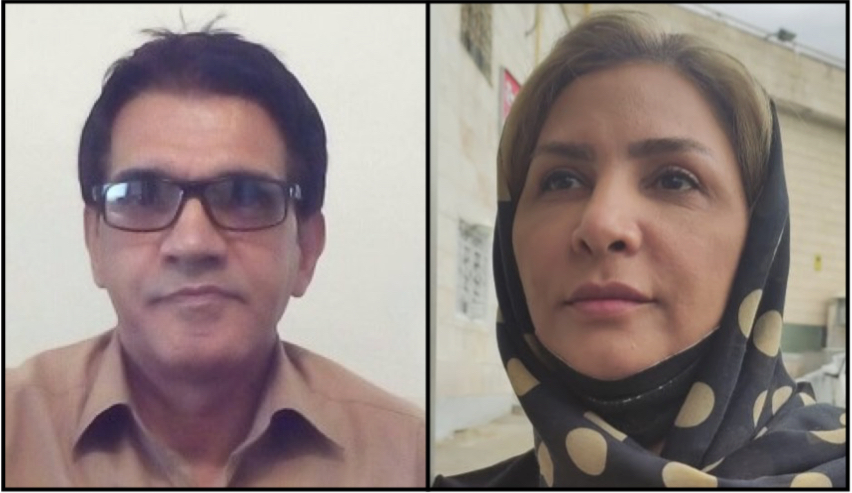 Naser Navard Gol-Tapeh was unexpectedly released from Evin prison on 17 October and Fariba Dalir was released on the following day. 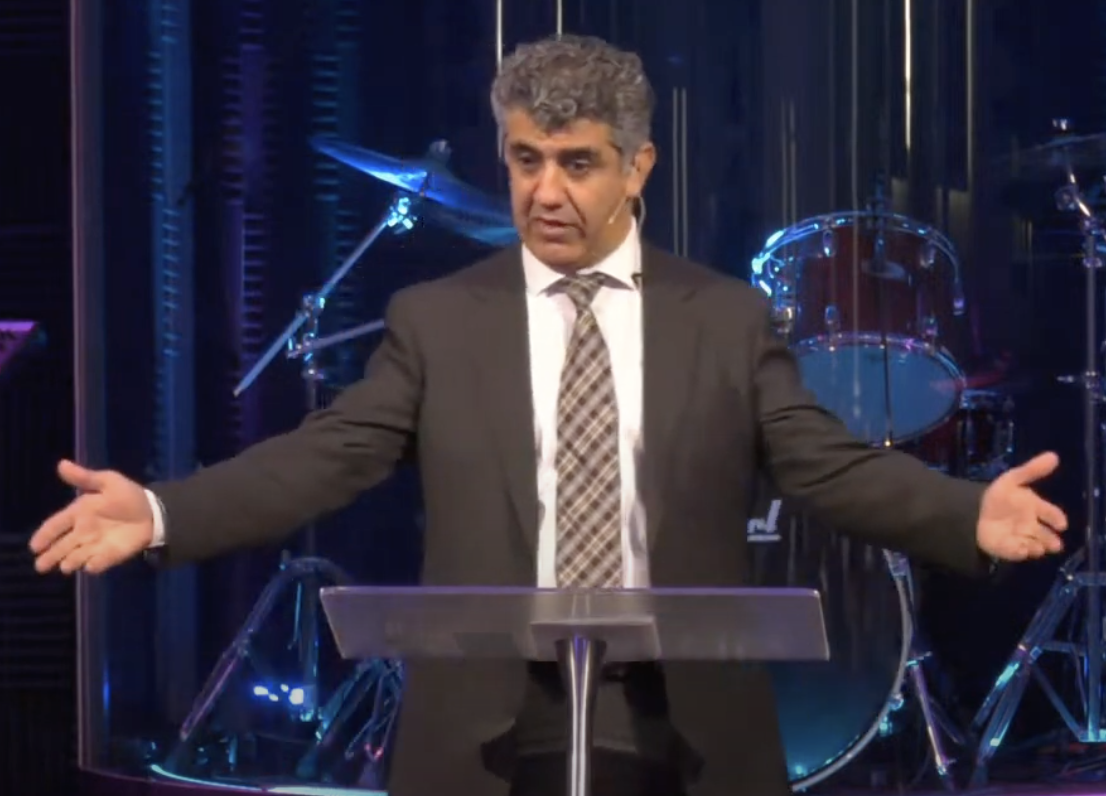 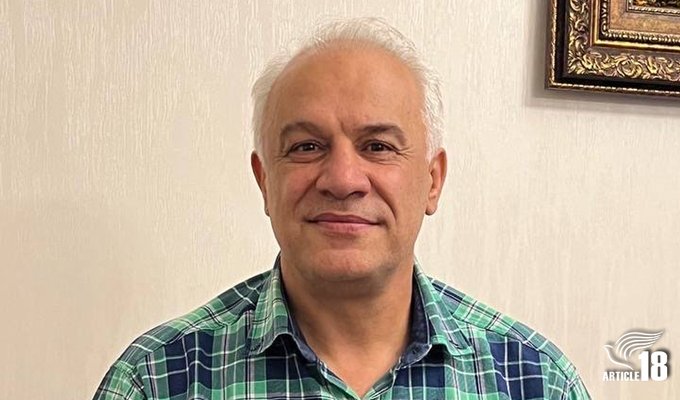 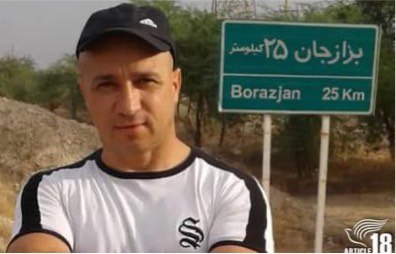