Libya has been in chaos since the fall of the Gadaffi regime in 2011. Islamist groups have filled the power vacuum and conditions for Christians have worsened. The UN-backed Government of National Accord was installed in a heavily-guarded naval base in Tripoli in March 2016, but faced opposition from rival authorities and many militias. A permanent ceasefire was signed in October 2020 by the two main rival authorities in Tripoli and Tobruk, and a provisional Government of National Unity was formed in March 2021.

The church in Libya is composed almost entirely of foreign nationals, who are allowed to have churches. Libyans are forbidden from meeting for non-Islamic religious gatherings – the few Libyan Christians (estimated at about 150) can only meet in secret – and it is illegal to bring Arabic Bibles into the country. Under the Gaddafi regime the secret police restricted Christian activities, but the main source of persecution now comes from Islamist militants, whose influence has led to a rise in intolerance towards Christians.

The constitution declares Islam to be the state religion and Sharia is the principle source of legislation. Muslims who choose to leave Islam are likely to face severe sanctions from the security forces, especially in areas where Islamic militias operate as de facto police.

Libya is home to a large community of Egyptians, both Muslim and Coptic, with most working in the construction sector. In February 2015, Islamic State released a video showing the beheading of twenty Egyptian Copts in Libya. They had been kidnapped December 2014 and January 2015 in Sirte, a city that was a safe haven for Islamist militants.

In April 2015, Islamic State released a video showing the massacre of thirty more Christians in Libya, mostly Ethiopian, of whom 15 were beheaded and 15 were shot in the back of the head.

There have been several attacks on diplomats in Libya since 2012, including the killing of US Ambassador Christopher Stevens in Benghazi and the kidnapping of Jordanian ambassador Fawaz al-Itan, who was released in exchange for a jihadist jailed in Jordan. There were also attacks on the Italian consulate in Benghazi and the French and Russian embassies in Tripoli. Also, militias seized oil terminals operated by Western firms, leading to a huge fall in production. The terrorist group Ansar al-Sharia, said to be the most dangerous Islamist armed group in Libya, was blamed for the killing of Christopher Stevens. 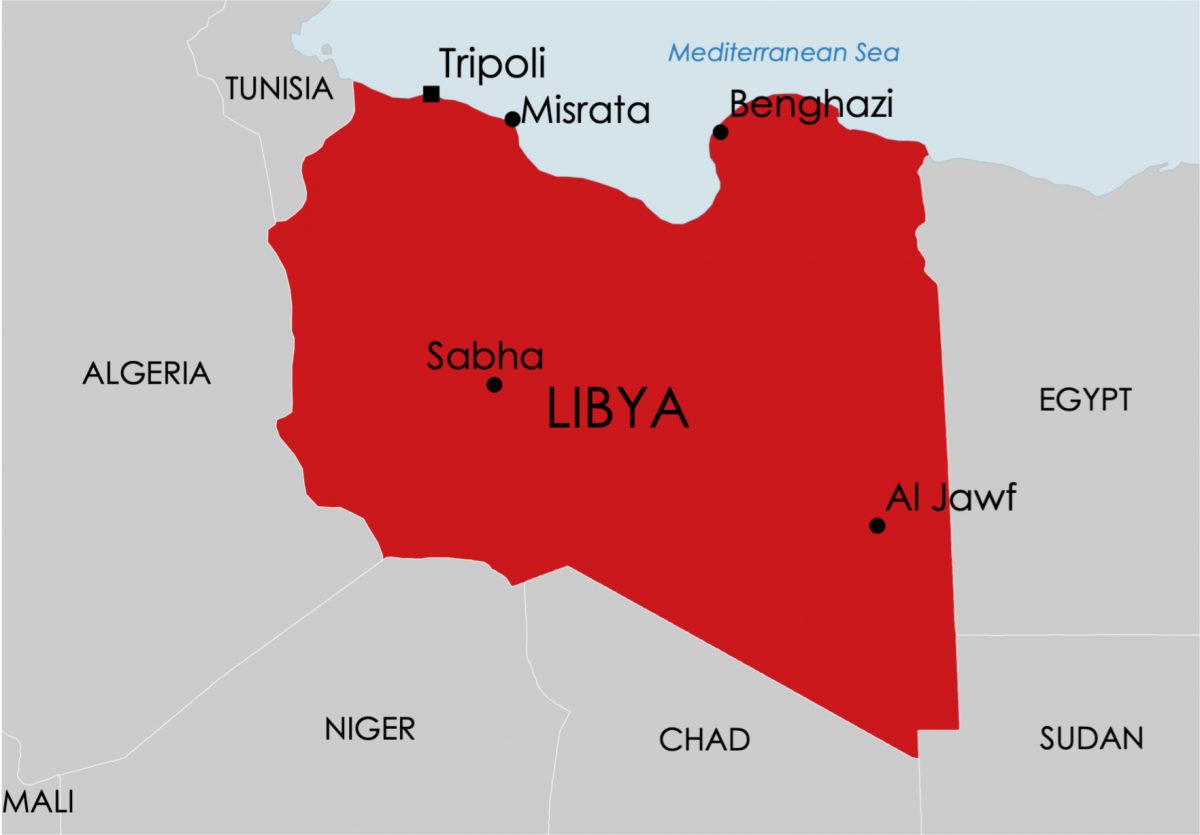