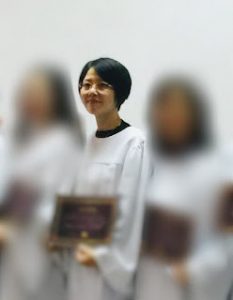 Shu Qiong received a message from her landlord on the evening of 30 September, saying that she and her husband Wang Song could not renew their lease and must move out before it was up, although the breach penalty and rent would be refunded. Wang Song had received a phone call that afternoon from sub-district staff who said the family must move out as soon as possible.

When Shu Qiong asked why the lease was being terminated early, the landlord said the property had “some issues”. She asked if he had been threatened but he denied it.

Shu Qiong said that the family would not move out until the lease was up, as she had not broken the lease or any law – the reason, according to her, is that the government persecutes Christians. She said that if she had she broken any laws, the sub-district and Bureau of Public Security should arrest her instead of evicting her.

She told the landlord, “You are also under pressure in this matter, for which I am very sorry. I only ask God to remember your grievances. I can understand the pressure you are under.”

China Aid reported that she told him she would not fear or hide – not because she is bold and brave, but because God is greater than anything else in the world. She also told him that God had given him a conscience and that she had no idea what pressure he had endured but that she hated to see him involved. She said they would go through the judicial process. 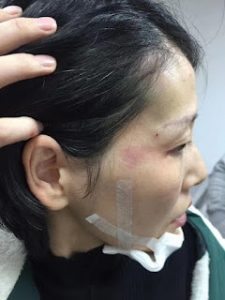 Last year, police beat and threatened Shu Qiong several times during an escalation of persecution of Early Rain Covenant Church and she and Wang Song and their son were injured in a violent raid on their home in October – Shu Qiong is pictured after the raid, during which her jaw was broken.

Early Rain Covenant Church (ERCC) in Chengdu, Sichuan province, is one of the most prominent unregistered house churches in China and is led by former law professor Wang Yi, who has been in prison since a crackdown in December 2018. ERCC members meet in small groups and suffer continual police harassment.

Shu Qiong’s father Shu Chunliang died in Chengdu on 18 September and the family planned to hold a memorial service for him at a funeral home on 21 September. Police interviewed several church leaders in advance of the service and prevented many members from attending. Some had guards stationed at their front doors so that they could not leave and the authorities also used Covid-prevention electromagnetic alarms to keep Christians in their homes – the alarms are designed to sound and report to police if the door is opened.

Shu Qiong’s father was hospitalised and died during a period of extreme lockdown in Chengdu, and his family could not visit him. He had been diagnosed with lung cancer in May this year and moved from his hometown in Anhui province to his daughter’s home in Chengdu, where he accepted the gospel at ERCC and was baptised in June. Despite great physical pain and suffering caused by Covid prevention measures, he was described as “always confident and full of hope in the kingdom of God”.

After the funeral, Shu Qiong posted on WeChat: “My father’s funeral drew a lot of attention from the Chengdu police. Thank God. It doesn’t look good from the human perspective, but God is good and uses my father’s funeral to preach the good news which descends from Heaven that nobody could stop. Praise the Lord!” 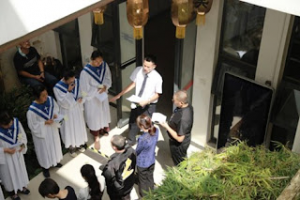 One of those targeted by police before the funeral was ERCC preacher Dai Zhichao (pictured, preaching at the service). Anticipating obstruction, he got up at 7 am to find two people guarding the door to his apartment and several more outside the building. Police had left by late morning but when Dai Zhichao tried to go out at 12.30 pm he found that they had flattened the tyres on his car and bike – which he rode anyway. He was able to leave the compound (despite a patrol car and many guards in front of the gate) and called a taxi, which was followed.

When Dai Zhichao returned home later, he found that the door lock had been damaged and a screw was jammed in the keyhole. Similar damage had been inflicted several times previously.