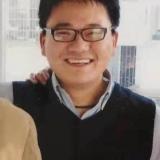 Online Christian bookseller Chen Yu of Xiaomai (Wheat) Bookstore in Linhai, Zhejiang province, has been in prison in China since September 2019. In September 2020 he was sentenced to seven years’ imprisonment and fined 200,000 yuan (approximately €27,700) for “illegal business operation” and in January 2022 it was announced that he had lost his appeal.

The authorities detained Chen Yu, also known as Zhang Xiaomai, on 11 September 2019 for “illegally selling foreign-published religious materials” and officially arrested him on 18 Oct 2019. His bookshop had sold more than 20,000 books (mostly Bibles and other Christian books) through Weidian, a Chinese e-commerce platform. Police used the bookshop’s records to contact buyers from across China and more than eight hundred of the books sold were recovered and confiscated.

On 27 September 2020, after Chen Yu had spent nearly a year in prison, Linhai People’s Court sentenced him to seven years in prison and a fine of 200,000 yuan on the charge of “illegal business operation”. The government confiscated his mobile phone and ordered Linhai City Public Security Bureau to destroy 12,864 books seized from the bookshop. His lawyer submitted an appeal to the Taizhou Intermediate People’s Court in Zhejiang province.

Bitter Winter reported that police were enraged by the fact that Chen Yu sold thousands of copies of the book Transformation of the Gospel by Pastor Wang Yi of Chengdu Early Rain Covenant Church, who is serving a nine-year prison sentence. During the nationwide investigation of those who had bought Christian books from the bookshop, officials demanded that customers who had purchased copies of “Transformation of the Gospel” return them.

Bitter Winter commented, “Not coincidentally, it was when the trial against Pastor Wang Yi was being prepared that bookseller Chen Yu was arrested. The prosecutor characterised Chen’s bookselling operation as an ‘anti-Chinese conspiracy,’ because some of the Bibles and books he sold were printed in Taiwan and the United States, and claimed that Chen had more than 10,000 customers.”

Chen Yu’s appeal hearing was postponed several times in 2021 because of Covid-19 and was eventually held in mid-December 2021 at Taizhou City Intermediate People’s Court. His parents and lawyer Deng Qinggao attended and China Aid reported that they provided sufficient evidence to prove excessive punishment for the first trial and were optimistic about the appeal. However, the court dismissed the appeal and upheld the sentence, and Chen Yu remains in Linhai City Detention Centre, where he has been held since September 2019.

His parents were reportedly “disillusioned and outraged” after hearing the verdict, but his mother Zheng Jinmei attended a prayer meeting next morning and led others in prayer for her son, for other imprisoned Christians and for the authorities. She reportedly promised that she and her husband would not waste time indulging in self-pity but rather would depend on God and be strong and joyful.

Chen Yu’s mother and father are in their sixties – they will be 70 and 75 respectively by the time their son is released from prison – and each has suffered health issues since his arrest. His mother had a polyp removed from her stomach and a cyst was discovered in her kidneys, while his father was diagnosed with cancer and has undergone several surgeries followed by chemotherapy, which has reportedly left him in a weakened state. He became a Christian during his cancer treatment.

27 September 2020 Linhai People’s Court sentenced Chen Yu to seven years in prison and a fine of 200,000 yuan (approximately €27,700) on the charge of “illegal business operation”. His lawyer submitted an appeal to the Taizhou Intermediate People’s Court.

March 2021 In early March, Chen Yu’s mother Zheng Jinmei received a call from his lawyer saying that the Taizhou Intermediate People’s Court might open a trial around mid-March. However, it was postponed to 30 September because of the pandemic.

September 2021 Around 30 September, the lawyer notified Zheng Jinmei that because her son’s two lawyers were from Xiamen, which was classified as a high-risk area for Covid-19, the trial scheduled for 30 September would not proceed but would be postponed to the end of November.

7 January 2022 The verdict of the appeal hearing was announced: the court had dismissed the appeal and upheld the sentence.

Read more about the persecution of Christians in China in Church in Chains’ China Country Profile.