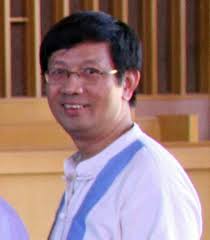 Pastor John Cao (63) is serving a seven-year prison sentence in China’s Yunnan province for “organising illegal border crossings” between China and Myanmar. A resident of North Carolina, he made many trips to his native China to establish schools and work among the poor before expanding his humanitarian work into Myanmar. He was detained on 5 March 2017 while returning to China from Myanmar and was sentenced a year later.

LATEST NEWS (MAY 2022): On 26 May, John’s 86-year-old mother Sun Jinhuan was able to make a virtual visit to her son, travelling 1290 km from her home in Changsha, Hunan province to the prison in Kunming, Yunnan province, where she had use of a video meeting room. Sun Jinhuan carried out a thorough visual health inspection, asked her son many questions and concluded, “He is doing alright… I was relieved.” She also said, “His voice is full of confidence and warmth.”

John, whose Chinese name is Cao Sanqiang, became a Christian in his 20s through an American family he met in China. He obtained a degree in English from Hunan Teachers College and a Masters of Divinity from the Alliance Seminary in Nyack, New York. He joined China Outreach Ministry and ministered to thousands of Chinese students in American universities before becoming a pastor in Greensboro, North Carolina. He then felt called to spend time in China, serving the poor and especially children.

Pastor John spent over two decades helping to establish schools in central and southern China, and in 2014 became involved in aid work in neighbouring Myanmar, where he set up 16 schools for over 2,000 impoverished ethnic minority children in Wa State in the north of the country. He also organised food and clothing donation programmes for the Wa and Kachin ethnic minorities in the region. He made regular trips into Myanmar to visit the schools, bringing volunteer Chinese Christian teachers from his schools in China.

They would enter Myanmar by crossing a river with notebooks, pencils and Bibles. These border crossings were made without restriction – the pastor’s son Ben told media, “My father claims that the authorities were aware of their operation in Myanmar and even helped them cross the border on occasion.”

However, on 5 March 2017 Pastor John and teacher Jing Ruxia were returning across the river from Myanmar when they saw Chinese security agents waiting for them on the shore. Before they were seized, the pastor threw his mobile phone into the water to protect the identities of more than fifty Chinese teachers he had recruited. They were held for almost a year before being charged in February 2018 with “organising illegal border crossings”, a charge usually made against human traffickers.

The pastor appealed, but the trial court repeatedly postponed his appeal hearing – the organisation China Aid suggested that the authorities were likely trying to string out the process in order to keep the pastor in prison for longer.

While waiting for his appeal to be heard, Pastor John was not allowed any visitors other than his lawyers, one of whom, Yang Hui, reported that the pastor was experiencing several health issues including digestion problems, back pain and toothache, and had lost more than 23 kilos. The lawyers reported that Pastor John was refused a Bible until September 2018, so he searched through the prison library for Bible passages, finding them in unexpected sources including Nietzsche’s Essays and Uncle Tom’s Cabin. He copied any he found onto unfolded toothpaste boxes and did the same for hymns, finding and copying the lyrics of Amazing Grace, Silent Night, Away in a Manger and Joy to the World. Pastor John eventually got a Bible in September 2018, with the help of his lawyers, who reported that his eyes filled with tears when he touched it for the first time.

Eventually, in July 2019, Pastor John’s seven-year sentence was upheld. In August he was moved to a prison in Kunming Prison, Yunnan province, where he has been denied a Bible.

Pastor John’s case has received widespread attention in the US, with many government officials and representatives demanding his release, and US-based Christian rights group the American Center for Law and Justice has filed a submission with the UN Human Rights Council, urging that it take action to ensure his release.

It is believed that Pastor John’s arrest is part of the current crackdown on religion in China, especially on Christians who, like him, have links with the house church movement. His friend of over 25 years, China Aid president Bob Fu, comments: “This reflects the tightening environment under President Xi against any kind of religious independence. In the past when they talked about foreign infiltration, they were referring to the activities of foreign missionaries inside China, but that has now expanded to include Chinese missionaries going overseas.”

China’s revised regulations for religious affairs, implemented in February 2018, stipulate that Chinese nationals who leave the country for religious purposes without government authorisation could be fined up to 200,000 yuan (€26,000).

Pastor John married American citizen Jamie Powell, a native of North Carolina, in 1988. They have two adult sons, Ben and Amos, who are also US citizens. The family home is in America, and family members say the pastor’s trip to China in 2017 was to be his last before he retired.

The Chinese authorities repeatedly refused to let Pastor John’s wife, sons and mother Sun Jinhuan visit him in prison, but his mother and sister were permitted to visit him for the first time on 25 July 2019, the day his appeal was rejected. He comforted them, telling them that the government’s decision was as expected.

5 March 2017 Chinese security agents seized Pastor John and teacher Jing Ruxia as they returned from a trip to Myanmar.

February 2018 Pastor John and Jing Ruxia were charged with “organising illegal border crossings”, a charge usually made against human traffickers.

9 February 2018 Jing Ruxia was sentenced to one year in prison and then released.

September 2018 Pastor John was able to obtain a Bible.

22 May 2019 Pastor John’s appeal hearing was postponed for the eighth time.

2 July 2019 The Pu’er Intermediate People’s Court in Yunnan province issued a notice stating that Pastor John’s appeal hearing has been scheduled for 22 August 2019.

12 July 2019 Pastor John’s lawyers received a notice from Pu’er Intermediate People’s Court stating that the appeal process would be carried out as a “trial session on paper only” instead of an actual hearing. The lawyers were told they must submit their defence papers by mail or fax before 17 July.

19 July 2019 China Aid reported that the court would declare its verdict on 25 July at 10am Beijing time.

25 July 2019 The Pu’er Intermediate People’s Court upheld Pastor John’s seven-year sentence. Only his mother, sister and lawyer were allowed to hear the verdict at the court, which was surrounded by a heavy police presence. His mother and sister were allowed to visit him, for the first time.

19 August 2019 The authorities phoned Pastor John’s mother to inform her that he has been moved to Kunming Prison, Yunnan province.

August 2020 Pastor John was able to meet with his mother, via video link because of the coronavirus pandemic. She said he looked fine and that he told her he prays daily for his brothers and sisters in Christ and for everything going on in the world. He told her he does not have to do field work and has time to read and interact with other inmates.

15 January 2021 Bob Fu of China Aid reported that Pastor John is “fine with high spirit and continuing writing poems and teaching English/Bible to other prisoners”. The pastor has written over one hundred inspirational poems in prison and China Aid plans to publish a collection in English and Chinese.

March 2021 Pastor John’s defence lawyer Yang Hui and his mother Sun Jinhuai had their requests to the prison authorities to deliver a Bible to him refused. Lawyer Yang met Pastor Cao through the prison’s video conferencing system on 25 February and reported that he appeared in good health except for some dental issues. Yang Hui read verses from the book of James to Pastor John, who told the lawyer that his mother writes several Bible verses in each letter she sends and he memorises them. On 5 March the prison rejected his mother’s request to visit him because of the pandemic.

October 2021 Pastor John’s first poetry collection, “Living Lyrics: Poems from Prison”, was published. The book contains side-by-side Chinese and English translations of poems he wrote during the past year.

March 2022 Pastor John recently wrote a letter to his 86-year-old mother Sun Jinhuan, sharing his vision of life after prison and revealing his strong faith and hope. Pastor John finished the letter, “See, I am still jailed, but I have been visioning the ‘post-imprisonment’ life, which gives me joy.”

26 May 2022 Sun Jinhuan was able to make a virtual visit to her son, travelling 1290 km from her home in Changsha, Hunan province to the prison in Kunming, Yunnan province, where she had use of a video meeting room. Sun Jinhuan carried out a thorough visual health inspection, asked her son many questions and concluded, “He is doing alright… I was relieved.” She also said, “His voice is full of confidence and warmth.”