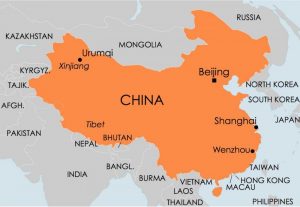 Starting with the revised Regulations for Religious Affairs 2018, China has introduced a series of new regulations to further restrict religious practice, demanding devotion to the Chinese Communist Party (CCP) and continuing its efforts to sinicise religion (make it Chinese in character and bring it into submission under the CCP). These sets of regulations increase the authorities’ control over the five recognised religions in China: Buddhism; Catholicism (the Chinese Patriotic Catholic Association); Islam; Protestantism (the Three-Self Patriotic Movement); and Taoism.

The Regulations set out strict criteria that must be met for religious organisations to register or to establish places for their activities and govern the activities they can organise. They require staff to report to the authorities and stipulate that online religious activities be reported, that large donations be submitted for approval to the religious affairs departments and that church leaders set aside office space in their buildings for Communist Party officials to monitor their services. Under-18s may not attend church, and travel to Christian conferences abroad is banned. Churches that do not comply face closure, arrest of members and destruction of crosses or even church buildings.

Commenting on the implementation of the 2018 regulations, China Aid’s founder and president Bob Fu (pictured at the Church in Chains conference in 2019) stated, “Some indicators suggest that Christian freedom is now at its lowest level since the Cultural Revolution.” Millions of Chinese people were persecuted and the church was forced underground during Mao Zedong’s Cultural Revolution (1966-1976), a sociopolitical movement intended to preserve Chinese Communist ideology and purge capitalism, tradition and religion.

Dr Fu noted that under President Xi Jinping freedom had deteriorated rapidly and persecution was getting worse. He commented, “The authorities want to make sure that every government-sanctioned church leader is under the complete control of the Communist Party and its Religious Affairs Bureau.” He added, “The aim of the Communist Party is to water down the core faith of Christianity and other religions to make them compatible with communism.”

In September 2018, the Associated Press reported that “Xi is waging the most severe systematic suppression of Christianity in the country since religious freedom was written into the Chinese constitution in 1982”, a suppression that involves “destroying crosses, burning Bibles, shutting churches and ordering followers to sign papers renouncing their faith.”

While the effects of the implementation of the 2018 Regulations for Religious Affairs were felt across China, they were particularly intense in Henan province, which has a relatively high concentration of Christians. As soon as the regulations went into effect, officials in 19 towns in the province went door-to-door urging Christians to attend government-registered churches instead of unregistered house churches and telling them to remove religious posters and crosses from their homes. In the first year, over 7,000 crosses were removed from churches in Henan province alone, and the authorities shut down thousands of churches across the province.

The 2018 Regulations were drafted between 2014 and 2016, following which they were circulated and revised on the basis of feedback received. The final version was approved by the State Council on 14 June 2017 and signed into law by Premier Li Keqiang on 26 August 2017 before coming into force on 1 February 2018.

On 30 December 2019, the CCP announced that new “Administrative Measures for Religious Groups” had been approved and would come into force on 1 February 2020. These Administrative Measures concern the structure, functions, supervision and administration of religious organisations. Local religious affairs departments will serve as the administrative bodies for all religious organisations and will control them through “guidance and supervision”. All churches must register with the appropriate government-controlled body (Protestant churches with the Three-Self Patriotic Movement and Catholic churches with the Catholic Patriotic Association). No unregistered groups or unapproved activities will be permitted.

Article 5 of the new Administrative Measures states: “Religious organisations must support the leadership of the Communist Party of China… adhere to the direction of Sinicisation of religions in China, embody the core values ​​of socialism, and maintain national unity, ethnic unity, religious harmony and social stability.”

Article 32 stipulates that “Religious groups should establish a system for learning and organise their staff to learn about the major decisions of the Communist Party of China, national policies and regulations, the glorious traditional Chinese culture, and knowledge about religion.”

There is even an article that covers doctrine – Article 22 states: “Religious organisations should conduct researches on religious cultures and religious classics, carry out the construction of religious ideology, and dig deep into doctrines and canons for useful content for maintaining social harmony, advancing with the times, and being healthy and cultured. They should provide interpretations for doctrines and canons that meet the requirements of the development and progress of modern China, and in accordance with the glorious traditional Chinese culture.”

Under these Administrative Measures, religious organisations must report to the authorities for approval on a wide range of issues including appointment of personnel; arranging important meetings, activities, training and international communications; receiving overseas donations of religious materials or sums of over 100,000 yuan (approximately equivalent to €13,000); large financial expenditure; and major construction projects. Any person or organisation deemed to be in violation of the measures will face legal consequences.

First announced in November 2020 and approved in January 2021, the new “Administrative Measures for Religious Clergy” came into effect on 1 May 2021. They state that clergy must register on a national database and will be given an identification number and a clergy certificate. Anyone not registered on the database will not be permitted to undertake ministry. To qualify, according to Article 3, “Religious clergy should love the motherland, support the leadership of the Chinese Communist Party, support the socialist system, abide by the Constitution, laws, regulations, and rules, practice the core values of socialism, adhere to the principle of independent and self-administered religion in China, adhere to the direction of the Sinicisation of religion in China, operate to maintain national unity, religious harmony, and social stability.”

Under these new Administrative Measures, registered clergy and organisations will be obliged to assess and report on each other to apply rewards and punishments. Article 37 warns, “Religious groups shall… develop a religious clergy code of conduct, which should include an improved mechanism of rewards and punishments for religious clergy, provisions for being coopted and expelled, and in case of violation of laws, regulations, rules and regulations, provisions for the religious clergy to be punished accordingly.”

Senior religious leaders who comply with the Measures will remain in their position for a term of three to five years, after which they must submit their personal information to the authorities again. If they criticise or fail to obey regulations, their application to re-register may be refused. Many observers have commented that under the new regulations it will be difficult to obtain registration and easy to lose it.

On 1 May 2021, China’s State Administration for Religious Affairs issued the Administrative Measures for Religious Institutions, to come into effect on 1 September 2021. These regulations affect any religious institutions that are involved with training and teaching and cover a wide range of topics, from requirements needed to establish a religious institution to the curriculum and staff recruitment. They mandate background checks for foreign lecturers to assess whether they have participated in any anti-China activities.

An Open Doors partner who cannot be named for security reasons commented, “Under the rules, no less than 30 per cent of class time must be devoted to ‘General Education’ topics such as socialist ideologies, thoughts, core values and Chinese traditional culture, amid others. This is a significant percentage.” He added, “The regulations mention candidates should be excluded if they, in the past, have joined any anti-China organisation, participated in anti-China activities, expressed publicly anti-China rhetoric and so on. Such an emphasis is something new.”

On 1 March 2022, China’s “Measures for the Administration of Internet Religious Information Service” came into effect. These regulations seriously limit Chinese Christians’ use of the Internet and mean that unregistered house churches that came to rely on online activity during the Covid-19 pandemic no longer have that option.

The Measures make it illegal to post any religious material online without obtaining an Internet Religious Information Services Licence, and only officially-registered organisations or individuals from China’s five recognised religions may apply. Licenced groups or individuals will have any material they post online checked by the authorities for sinicised content, making sure they promote socialist values and support the CCP and are not intended for proselytisation. The Measures apply to all online activity including websites, apps, social media, blogs, messaging and webcasts.

On 1 June 2022, China’s “Measures for the Administration of Financial Affairs of Religious Premises” came into force. Jointly drawn up by the State Administration for Religious Affairs (a sub-department of the Chinese Communist Party’s United Front Work Department) and the Ministry of Finance, the Measures comprise 55 articles in ten chapters, covering the management of revenue, donations and expenses. According to the United Front Work Department, the Measures are aimed at “improving the financial management system for religious activity sites“.

Commenting on the proposed Measures, China Aid’s Yu Bing wrote, “It is evident that supervision cannot satisfy the Chinese government departments’ lust for power. Now, the Religious Affairs Bureau directly participates in the management of religious premises’ finances, which means the Chinese government has controlled religion in every aspect.”