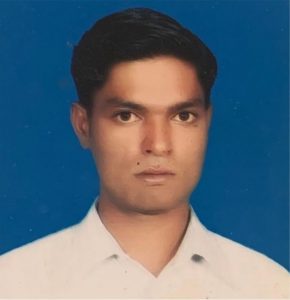 Ashfaq Masih (34) has been in prison in Pakistan since 2017, when he was accused of blasphemy. His court hearings were cancelled repeatedly until he was sentenced to death in July 2022.

LATEST NEWS (JULY 2022): On 4 July, Session Judge Khalid Wazir sentenced Ashfaq to death for blasphemy. He will appeal to the High Court.

On 15 June 2017, Christian bike mechanic Ashfaq Masih from Mariam Colony in Lahore’s Green Town neighbourhood was accused of blasphemy after he was involved in a dispute with a Muslim customer over payment for repairing a motorbike.

A local shop owner got his motorbike mended at Ashfaq’s repair shop in Lahore’s Bagarhian suburb, but when Ashfaq asked for payment he refused to pay the full amount, saying he was a poor sadhu (religious devotee) and that Ashfaq should honour him. Ashfaq replied that he only believed in Jesus Christ, not others, and refused to reduce the price, telling the bike owner that he was a poor man himself and needed the money.

An argument developed, a crowd gathered and Ashfaq was accused of blasphemy for reportedly “disrespecting” the Prophet Muhammad by telling the motorbike owner that Christians believe Jesus was the final prophet. Police were called and they arrested Ashfaq and brought him to Green Town police station.

Muhammad Ashfaq lodged a First Information Report against Ashfaq under Section 295-C of the Pakistan Penal Code in Green Town police station, Bagarian Road, Lahore, in which he claimed that on 15 June 2017 at approximately 12 pm, when Ashfaq was sitting in his shop he made derogatory remarks against the Prophet Mohammad. Station House Officer Wasim Akhtar confirmed to local media that a blasphemy case had been registered against Ashfaq Masih.

Ashfaq is imprisoned in Camp Jail, Lahore, where he has been awaiting trial while scheduled court hearings have been cancelled repeatedly.

Ashfaq has a daughter, who was three when he was arrested, but he and his wife have never lived together. His family fled the neighbourhood when he was accused of blasphemy, but has since returned home. Ashfaq’s mother Zeenat died in November 2019, leaving his father Yaqoob and his older brother Mehmood; Ashfaq was briefly released to attend her funeral. The family is very poor but is receiving support.

15 June 2017 Ashfaq Masih was accused of blasphemy and arrested.

25 September 2019 A court hearing was due to be held but the judge adjourned the case.

27 August 2020 Ashfaq’s court hearing was adjourned to 30 September, because the judge did not attend.

30 September 2020 Ashfaq’s court hearing was adjourned to 14 October, because the judge did not attend.

23 January 2021 Ashfaq’s hearing, rescheduled for 23 January in the session court, was cancelled because the witness did not attend.

15 March 2021 Ashfaq’s hearing was was cancelled because the judge did not attend. The hearing was rescheduled for 29 March.

29 March 2021 Ashfaq’s hearing was adjourned because the witnesses did not arrive. The hearing was rescheduled for 10 May.

19 July 2021 Several of Ashfaq’s witnesses failed to attend a hearing on 19 July, following the adjournment of several recent court hearings because the judge or witnesses did not attend.

September 2021 Ashfaq’s case was scheduled but was not heard as the judge took the day off and did not attend.

7 March 2022 A court hearing was held and the judge heard witnesses from Ashfaq’s side. Another hearing date was scheduled for 21 March.

21 March 2022 Ashfaq’s lawyer was not present in court so the judge rescheduled the hearing for 4 April.

4 April 2022 The judge did not attend so the court rescheduled the hearing for 12 April.

12 April 2022 The court was closed due to a lawyers’ strike and Ashfaq’s hearing was rescheduled for 26 April.

26 April 2022 The complainant’s lawyer did not show up in court and the hearing was rescheduled for 12 May.

12 May 2022 Ashfaq’s court hearing did not take place. Lawyers for both sides did not arrive as the court room was changed. The hearing was rescheduled for 23 May.

Read more about the persecution of Christians in Church in Chains’ Pakistan Country Profile.