The state of Pakistan was formed during the partition of the Indian sub-continent in 1947, to provide a state for India’s Muslims. In 1956, it became the Islamic Republic of Pakistan. Originally in two parts, East and West Pakistan, the east seceded in 1971 and became Bangladesh.

Pakistan’s founders protected religious freedom – the vision of founding father and first Governor-General Mohammed Ali Jinnah was that Pakistan would be a home for religious minorities alongside Sunni Muslims (the majority of Pakistan’s Muslims). However, successive governments have pursued a policy of Islamisation of the legal system, taxation and public life that has led to discrimination against religious minorities (notably Christians, Ahmadi and Shi’a Muslims and Hindus) and Sharia law has increasingly been applied, even to Christians and Hindus (despite this contravening the constitution), especially in parts of the northwest where Islamist groups have control.

Under Pakistani law, leaving Islam (apostasy) and the proselytising of Muslims are not offences, and Christians have freedom to worship. Under Sharia, however, apostasy is punishable by death.

In recent years, Pakistan has experienced tension between progressive modernists and Muslim fundamentalists, and minorities face the threat of extremist attacks, exacerbated by the influence of the Taliban in neighbouring Afghanistan.

The majority of Pakistani Christians live in Punjab province, which is by far the most populous province and is home to dozens of extremist organisations. Christians in other provinces usually live in urban areas.

Most Christians are from poor backgrounds, with little education, and work as cleaners, street sweepers and litter pickers or are trapped in slavery as bonded brick kiln labourers. Christians often live together in colonies or groups in slums or poor areas of rural villages, making them easy targets for mob attacks by Muslim extremists.

In recent years, militant Islamists have killed or injured hundreds of Christians in attacks on churches, schools and hospitals. The deadliest attack on Christians was the bombing of All Saints Church, Peshawar (pictured), in September 2013, killing 127 people.

In March 2015, 17 Christians were killed in suicide attacks on two churches in Lahore, capital of Punjab province. Another 80 were injured in the attacks, which were carried out by Taliban offshoot Jamaat-ul-Ahrar and took place during Sunday services in Youhanabad Colony, one of Pakistan’s largest Christian colonies.

On Easter Sunday 2016, 72 people were killed in an anti-Christian suicide bomb attack in Lahore launched by Jamaat-ul-Ahrar. Over 370 people were injured. The terrorists were targeting Christian families who had gone to a park after Easter services in a nearby church. Those killed were mainly women and children, many of them Muslim.

Another serious issue for Christians is abduction, forced conversion and marriage. Every year an estimated 700 Christian girls and women are kidnapped and forced to convert to Islam and marry their abductors, who are much older Muslim men, often already married with children. This has increased in frequency in recent years, and is also an issue for Hindus. Perpetrators know that the likelihood of conviction is low.

A major religious freedom issue in Pakistan concerns the controversial blasphemy laws, which cover offences such as defiling the Quran and defaming the prophet Mohammed and are often misused to settle personal scores, resulting in many innocent people spending years enduring appalling conditions in prison awaiting trial, their families forced into hiding for fear of attack by extremists. Several Christians have spent years on death row for alleged blasphemy, notably Punjab farm labourer Asia Bibi  (pictured).

Church in Chains has engaged in an ongoing dialogue with the Pakistani Embassy in Dublin on religious freedom issues, campaigning particularly for reform of the blasphemy laws and for the release of Asia Bibi. These issues have been discussed in several meetings with successive Ambassadors.

In September 2020, the keynote speaker of  Church in Chains’ annual conference (who cannot be named or pictured for security reasons) was a Pakistani Christian now living outside the country but a regular visitor there with a mission that supports persecuted Christians.

Also in March 2020, Church in Chains wrote a letter to the Pakistani Ambassador to Ireland, Mr Sardar Shuja Alam, to express shock at the murder of Punjab farm labourer Saleem Masih (a Christian who was tortured to death by local Muslims for “polluting” a well by rinsing in it) and to appeal for urgent action by the government of Pakistan to bring the perpetrators to justice.

In July 2019, a Church in Chains delegation met Ambassador Sardar Shuja Alam to discuss concerns over the continuing misuse of the blasphemy laws and the disproportionate effect this has on religious minorities including Christians, and to raise the cases of five Christians in prison under the blasphemy laws.

In November 2018, Church in Chains organised a vigil outside the Pakistani Embassy to protest at Asia Bibi being prevented from leaving Pakistan. Asia Bibi’s plight was raised in the Dáil (Irish parliament) by the Labour Party leader, Brendan Howlin, in October 2018.

In March 2012, Church in Chains promoted a Topical Issues debate in the Dáil  in which the Irish government publicly called for Asia Bibi’s case to be resolved and the blasphemy laws reviewed. In 2011, Church in Chains supporters sent hundreds of postcards calling for the release of Asia Bibi to the Pakistani Embassy in Dublin and a petition signed by 26 TDs and Senators was presented to the Embassy. 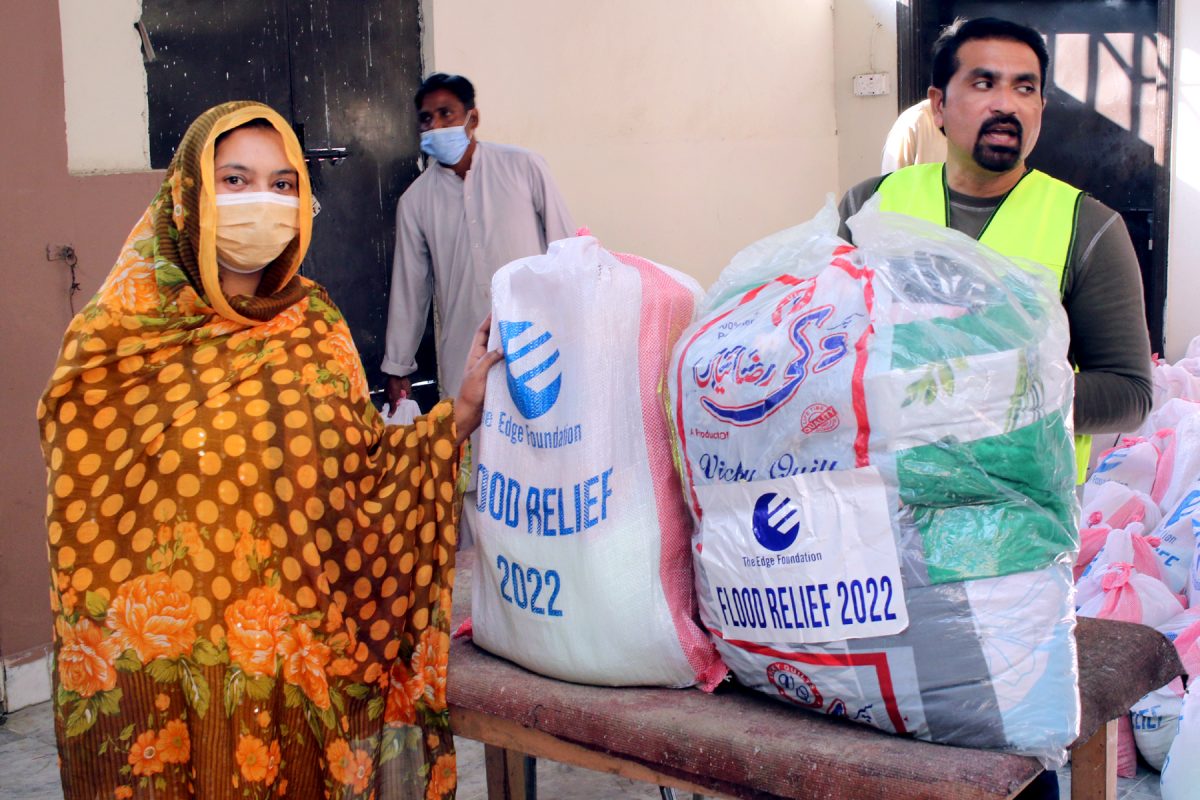 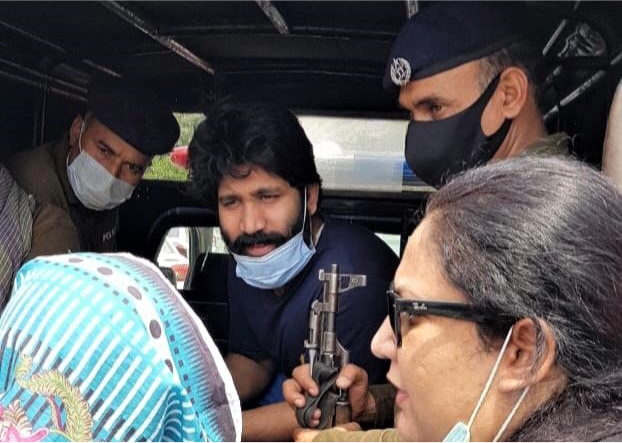 Call for government to act to deter false accusations. 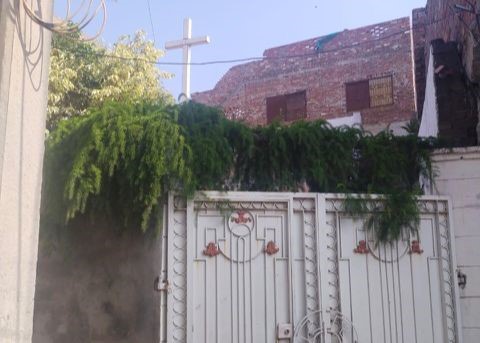 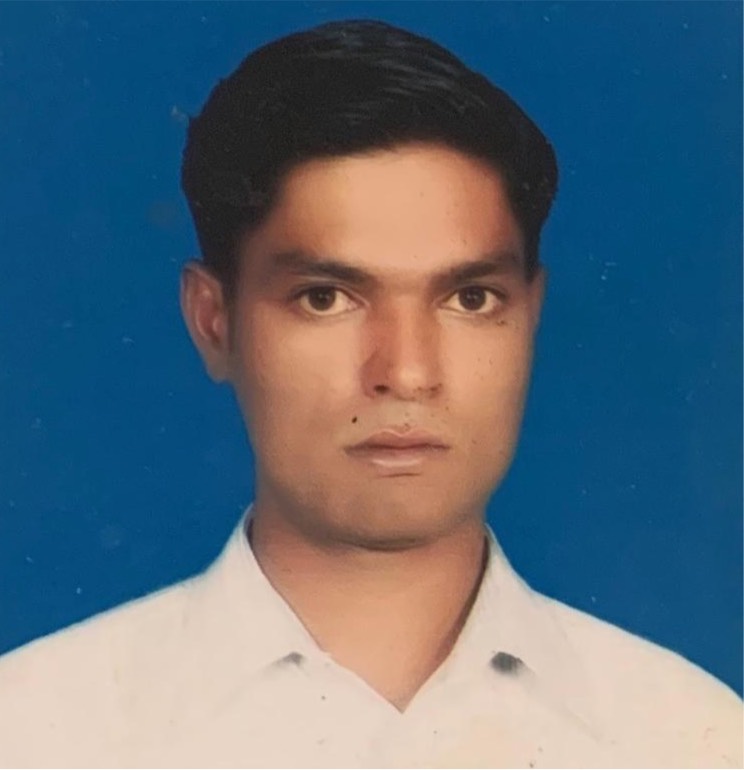 Lahore Christian Ashfaq Masih has been sentenced to death for blasphemy

On 29 May 15-year-old Saba Masih, who was kidnapped on 20 May in Faisalabad and reportedly converted to Islam was recovered by the police.