UPDATE (JANUARY 2022): In October 2021, Sudan’s military seized power in a coup that plunged the country into chaos. Several civilian leaders were put under house arrest, including Prime Minister Hamdok, and a state of emergency was declared. The coup followed two and a half years of progress and increasing hope for Christians. On 21 November, Prime Minister Hamdok was reinstated following a deal with coup leader General Abdel Fattah al-Burhan. Six weeks later, however, Prime Minister Hamdok resigned, leaving the army in full control. His resignation followed a deadly crackdown on demonstrations protesting against his deal with the military. “I have tried my best to stop the country from sliding towards disaster,” he said on state television, adding that Sudan “is crossing a dangerous turning point that threatens its whole survival”.

Sudan was under the authoritarian rule of President Omar al-Bashir from 1989 until he was ousted in a military coup on 11 April 2019 after widespread protests calling for freedom, justice and peace. In August 2019, protestors and military signed a three-year power-sharing agreement and a new transitional government was sworn in on 8 September 2019. Led by Prime Minister Abdalla Hamdok, an economist, it was tasked with implementing comprehensive reforms during its 39-month period, to be followed by the election of a civilian government in 2022.

The vast majority of Sudan’s population is Sunni Muslim and Sharia law is the foundation of the legal system. Christians were severely persecuted under the Islamist President Bashir, but by late 2019 the reforms initiated by the transitional government led to new hope for Christians. Advances in religious freedom following the ousting of President Bashir led the US State Department to announce in December 2019 that Sudan had been removed from its list of Countries of Particular Concern that engage in or tolerate “systematic, ongoing and egregious violations of religious freedom” and had been upgraded to a watch list – it had been designated a Country of Particular Concern since 1999.

In July 2020, Sudan’s Minister for Justice announced the abolition of the death penalty for apostasy, following the passing of several amendments and new laws in April. Amendments include the ending of public flogging and the banning of female genital mutilation, while new legislation allows non-Muslims to drink, import and sell alcohol and allows women to travel abroad with their children without proof of permission from a male guardian. Following the announcement Islamists protested against the reforms, calling for the overthrow of the government and holding demonstrations in Khartoum and Omdurman.

In September 2020, the government agreed to remove Islam as the state religion and make Sudan a secular state, declaring: “Freedom of belief and worship and religious practice shall be guaranteed in full to all citizens.”

In October 2020, at the end of a two-day conference in Khartoum, Christian and Muslim leaders signed the International Religious Freedom Round Table Declaration, an agreement aimed at promoting peace, freedom of worship and dialogue between faith communities in Sudan.

A campaign of Islamisation of Sudan intensified after South Sudan seceded in 2011, when President Bashir vowed to adopt strict Sharia and recognise only Islamic culture and the Arabic language. Harassment, arrests and persecution of Christians increased, and the authorities expelled foreign Christians and demolished or confiscated church buildings on the pretext that they belonged to South Sudanese Christians, whom they threatened to kill if they did not leave or cooperate with efforts to find other Christians. This policy of Islamisation continued until President Bashar was ousted in 2019.

Until recently, persecution of Christians included arrest, interrogation and detention without charge, demolition or confiscation of some churches, closure of Christian institutions and deportation of foreign Christian workers. Charges of “undermining national security” were used to justify the detention of several Christians and converts were legally punishable by death for apostasy. Converts to Christianity face severe pressure from extended family, community and religious leaders.

After secession, hundreds of thousands of Christians of South Sudanese origin were stranded in Sudan without the resources to move to South Sudan. The authorities intimidated and harassed any who did not leave or cooperate with them in their effort to find other Christians. In April 2013, the government announced that no new licences would be granted for church buildings, claiming that a decrease in the South Sudanese population would make them unnecessary.

The change in official attitude towards Christians since the ousting of President Bashir was highlighted on Christmas Day 2019, when senior government officials attended church services in Khartoum and the government-run Sudan TV broadcast services from several Khartoum churches. This followed the government’s announcement of Christmas as a public holiday for the first time since the suspension of the holiday following the secession of South Sudan in 2011.

At a press conference after he visited several churches in Khartoum on Christmas Day, Sudan’s new Minister of Religious Affairs and Endowments, Nasr al-Din Mufreh (pictured), acknowledged that Christians had faced persecution during the previous regime. He stated, “I tender my apology for the oppression and the harm inflicted on you physically, by destruction of your temples, the theft of your property and the unjust arrest and prosecution your servants and confiscation of church buildings.”

In an email interview with London-based international Arabic newspaper Asharq Al-Awsat, Minister Mufreh said that property stolen from Christians would be returned through the Judiciary and stated that Christians and all people of other faiths are free to practice their rituals.

Sudan gained independence from joint British/Egyptian rule in 1956 and civil war broke out as the mainly Christian, Animist and African south struggled against economic, political and social domination by the Arab Muslim north. The first of two rounds of conflict ended in 1972 but fighting broke out again in 1983, as famine hit the region.

The war became even more brutal when vast oil reserves were discovered in southern Sudan, and as it became increasingly fundamentalist, anti-Christian persecution grew, especially after 1985. Islamist militias bombed churches, murdered Christians (including pastors and church leaders), destroyed their villages, hospitals, schools and missions, and abducted women and children into slavery.

War ended with the signing of the north-south Comprehensive Peace Accord in 2005, leading to South Sudan’s secession in 2011. The decades of conflict led to the deaths of an estimated two million people and the displacement of four million people.

Conflict has continued in the western region of Darfur, where the government has been trying to crush an insurgency since 2003. The UN has accused pro-government militias of a campaign of ethnic cleansing against non-Arabs, and the International Criminal Court has indicted former President Omar al-Bashir with alleged genocide and crimes against humanity in Darfur, including mass killing, rape and pillage. About 300,000 people have been killed and more than two million displaced.

In December 2019, Sudanese authorities sentenced him to two years in a correctional facility for corruption and illegitimate possession of foreign currency. He still faces charges of plotting the 1989 coup that brought him to power and has not yet been charged in relation to the crackdown in 2019 in which more than 250 protestors were killed.

Conflict continues in the oil-rich south of Sudan, especially in the Nuba Mountains of South Kordofan, where Christians are under severe attack.

Persecution of Christians has been especially severe in the Nuba Mountains in South Kordofan state, on the border with South Sudan. The region has a significant black, ethnic Nuba Christian population, which government forces targeted for many years in a brutal campaign of aerial bombardment aimed at quashing rebels (the Sudan People’s Liberation Army) and at ridding the region of non-Arabs and Christianity and making it solely Arabic and Islamic. The bombardment destroyed homes, churches, schools and hospitals, and starvation tactics destroyed crops and livestock. Thousands of Nuba fled to refugee camps in South Sudan. Human Rights Watch described the operation as ethnic cleansing. While a ceasefire has been in effect since 2016, the Nuba people continue to suffer food shortages and occasional violence.

In May 2016, Open Doors published a report titled “Sudan: Ethnic Cleansing and the Persecution of Christians”, which stated that attacks against Christians in South Kordofan and Blue Nile states were systematic and widespread and qualified as ethnic cleansing. It said successive Islamist regimes had attempted to turn Sudan into a Sharia state with strict punishments for apostasy, blasphemy and defamation of Islam, and that many Christians, especially those with roots in South Sudan, had been forced to leave the country.

In 2014, there was international outcry over the case of Meriam Ibrahim, a Christian doctor who was sentenced to death for apostasy. Since her father was Muslim, the Sudanese legal system considered her Muslim, and her marriage to a Christian from South Sudan was declared invalid. She was accused of “infidelity” for having had children with a Christian and was sentenced to one hundred lashes for adultery and was told that the children would become wards of the state and be raised as Muslims.

At eight months pregnant, Meriam was imprisoned with her 20-month-old son. A judge told her she would be freed if she renounced Christianity, but she refused to recant. In prison, her legs in shackles, she gave birth to a daughter.

Following international protests, Meriam was released from prison but when she went to Khartoum airport to leave Sudan more than forty National Intelligence and Security Services agents arrested her and she was charged with forging travel documents. Following increased international pressure, the government eventually dropped charges and Meriam and her family were allowed to leave the country. 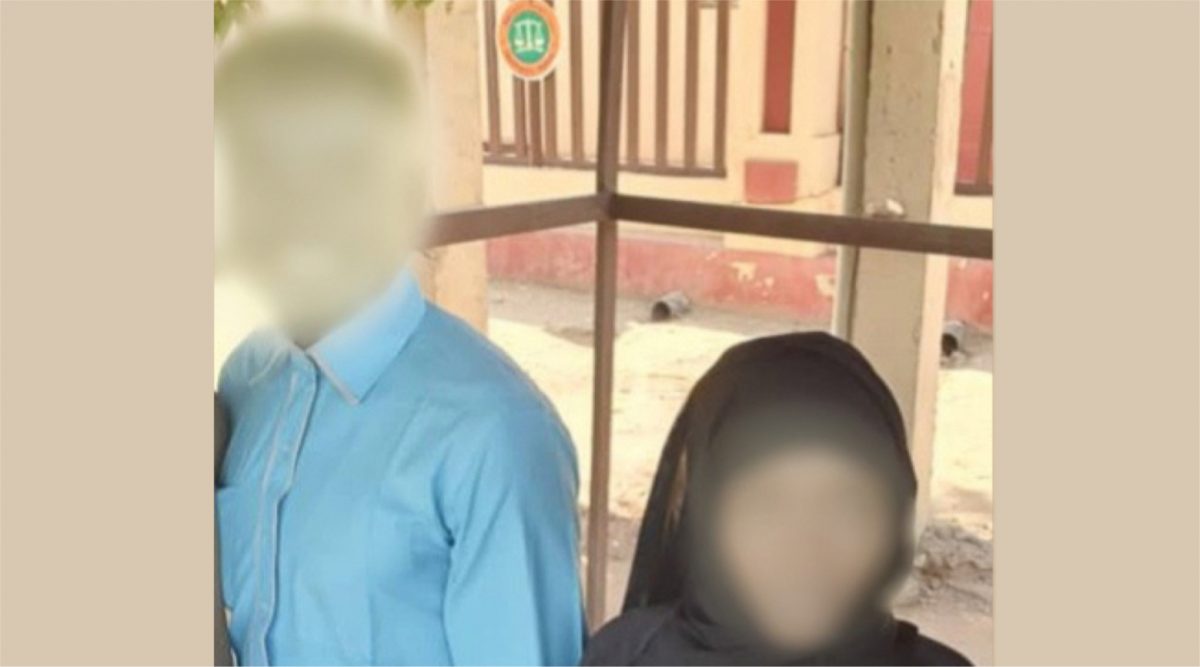 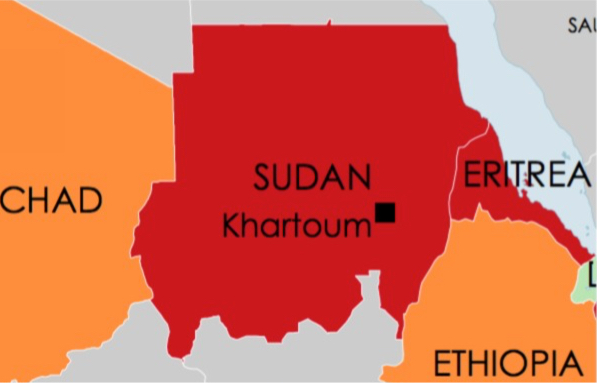 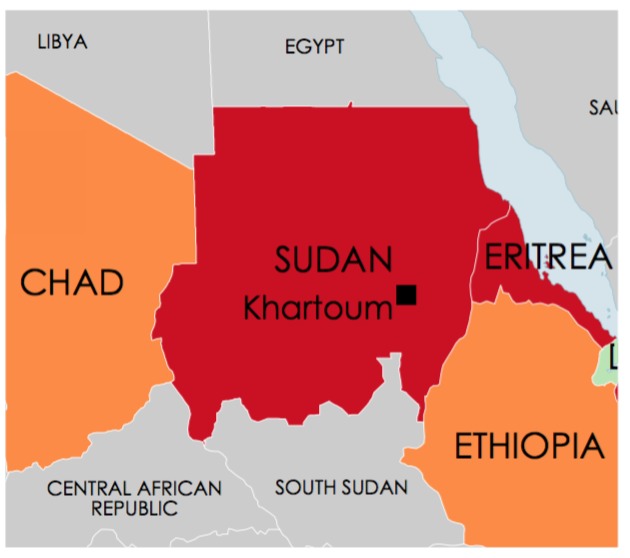 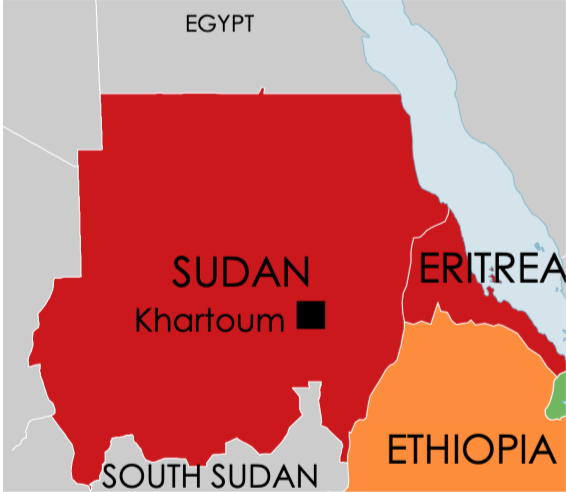 Reforms introduced by Sudan’s transitional government have led to Islamist protests including calls for the overthrow of the government.